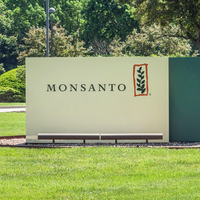 Roundup Weed Killer has been used by homeowners, schools, gardeners, and farmers since its development in the 1970s. Its usage has increased exponentially since the 1990s when genetically modified organisms (GMOs) were developed that can survive heavy applications of Roundup, enabling farmers to kill all types of weeds but not the desired crops. In 2015, an arm of the World Health Organization (France-based International Agency for Research on Cancer “IARC”), designated glyphosate, the active ingredient in Roundup, as a probable human carcinogen. Thousands of Monsanto glyphosate lawsuits over alleged Roundup cancer followed. Now Plaintiffs have cleared a crucial hurdle. A judge has ruled that the preliminary opinions of three experts linking glyphosate and non-Hodgkin’s lymphoma were not “junk science,” and should be permitted for a jury’s consideration.
Read [ Monsanto Glyphosate Lawsuit: Expert Testimony Deemed Credible Enough for Trial ]

Washington, DC: Bumble Bee Foods LLC has agreed to plead guilty to charges of tinned tuna price fixing and pay a criminal fine of at least $25 million to the US Department of Justice (DOJ). The charges against Bumble Bee are the first to be brought by the DOJ in its ongoing investigation of antitrust practices in the seafood industry in the US.
Read [ Bumble Bee Pleads Guilty to Tuna Price Fixing with Possible $25M Fine ]

Rochester, MN: There have been several high-profile lawsuits alleging Monster Energy Drink Deaths and Hospitalizations, each of which have settled for undisclosed sums. And while the debate over the safety of energy drinks and their contents continues to roil, the US Food and Drug Administration (FDA) continues to evaluate the products, while researchers keep jumping into the pool with studies and randomized trials.
Read [ Energy Drink Impact on the Body Isn’t Pretty ]

Kansas City, KS: More than 1,800 Syngenta lawsuits have reportedly been filed by farmers across the US against Syngenta. The lawsuits allege the biotechnology company’s genetically modified Agrisure Viptera and Duracade seeds contaminated US corn shipments, making them unacceptable for export to China. Although Syngenta reportedly filed a motion to dismiss the lawsuits, in September that motion was denied.
Read [ More Than 1,800 Syngenta Lawsuits Reportedly Filed ]

There is little doubt that Monster Energy Corporation does not view its products in the same light as health critics and plaintiffs who claim Monster drink contents are harmful. And yet a trend appears to be emerging that sees Monster, at the eleventh hour, stepping in to settle a Monster drink lawsuit before it even starts.
Read [ Monster Energy Drinks Safety Designation Easily Obtained ] 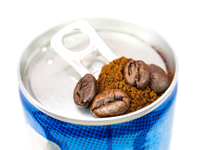 With two marquee Monster Energy Drink Deaths and Hospitalizations lawsuits having now been settled, all eyes turn toward the Anais Fournier lawsuit that begins in August. The 14-year-old girl died from cardiac arrest at home while watching television with her family after consuming two cans of product manufactured and distributed by Monster Energy Corp. (Monster), within 24 hours.
Read [ A Busy Time for Monster As Next Monster Energy Drink Injury Trial Looms ]

On April 20, 2015, Blue Bell Creameries voluntarily recalled all of the products made at its three plants in the US because they may be contaminated with Listeria monocytogenes, a potentially deadly foodborne pathogen the company detected in samples of its Chocolate Chip Cookie Dough Ice Cream produced between March 17, 2015 and March 27, 2015.
Read [ Food Poisoning Lawyer ”Besieged” with Blue Bell Creameries Victims ]
Page: 1  2  3  4  5  6  7  8     Next»