Government health officials issued a final tally for a months-long cantaloupe listeria outbreak that stemmed from Jensen Farms in Holly, Colorado, according to MSNBC. 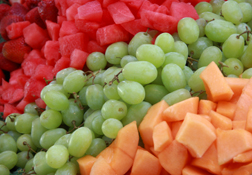 The news source reported that the final tally was issued by the Centers for Disease Control and Prevention (CDC), as the organization noted that 146 people were stricken with sickness and 30 individuals died as a result of exposure to listeria from the poisoned cantaloupes.

According to the news source, the numbers reflected infections that were reported in 28 states and were directly linked to whole melons from the Jensen Farms facility. Along with the damage to human lives, the outbreak hurt the cantaloupe industry in several areas of the country.

MSNBC reported that faulty processing and shipping practices at the firm's Granada, Colorado packing facility led to the dozens of deaths and hundreds of illnesses. This outbreak was the worst since a California listeria outbreak in 1985, in which contaminated Mexican-style fresh cheese caused 52 deaths.

More CANTALOUPE RECALL News
Among 140 ill people who offered information about what they ate, 94 percent of these individuals reported eating cantaloupe in the month leading up to their sickness, including many who said that the contaminated melon came from southeastern Colorado, according to the news source.

More than 310,000 cases of potentially tainted cantaloupes were shipped to at least 24 states between July 29 and September 10, leading to the illnesses and deaths in these states and the surrounding regions.

The Denver Post reported that one miscarriage also resulted from the cantaloupe listeria, as the CDC declared the outbreak over on December 8. The long incubation for listeria to develop in victims had passed by this point.

According to the news source, officials from the US Food and Drug Administration and state investigators traced the outbreak to machinery and pooled waters that had developed in a packing shed at the Jensen Farms facility. Eight of the 30 individuals who died from the outbreak were from Colorado.