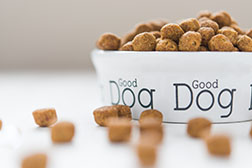 “Costco is now in the process of making 115,000 automated phone calls to people Costco knows bought Diamond Pet Food,” says lawyer Jeff Orenstein from the Consumer Law Firm in Ottawa. It was Orenstein’s firm that headed up the class action in Canada on behalf of lead plaintiffs in the case.
“They are making those calls as we speak,” he adds.

Although the respondents in the class action admit no liability, Diamond Pet Food and Costco have agreed to make payments to claimants in order to settle the class-action suit in a speedy fashion, according to the information provided on the claims website.

The amount of payment depends on the damages sustained and varies from the cost of replacing the pet food to larger amounts to cover the costs of veterinary care, or costs related to the death of the animal.

Those eligible are consumers who purchased Diamond Pet Food, which was recalled on April 6, April 26, April 30, and May 4 and May 5 of 2012, providing they did not return the product to the dealer, did not exchange the product and did not sign a release in favor of the defendants.

In March of 2012, the dog became extremely ill. The dog was vomiting, had runny diarrhea, became dehydrated and lost consciousness. They rushed the dog to the nearest veterinarian for treatment and tests. The dog was discharged with no known case. The bill for the dog’s care was close to $1,500. A few weeks later, Costco contacted the plaintiffs to say that they may have purchased salmonella-contaminated pet food.

Although Costco told the plaintiffs that they would refund the cost of the pet food, it ultimately refused because the plaintiffs had no bills or pet food bags.

More FOODBORNE ILLNESS News
According to the statement of claim, the plaintiffs “have suffered damages as a result of purchasing the Pet Food Products, including worry and concern, the costs of purchasing the contaminated food product and replacing it with a safe food product, including sales taxes, the costs of making an additional trip to a retail store to purchase safe, non-contaminated pet food, the price of postage to secure a refund offered by the Defendants, the cost of the veterinarians, treatment and the trip(s) to make such visits for diagnosis and treatment, and otherwise.”

Consumers with animals who consumed Diamond Pet Food recalled on the above dates but with no health consequences are eligible for refunds with a sworn statement of claim available on the claims website - no bill is required.