Attorney Bill Marler has been a pioneer in the food safety and litigation business for 22 years. He’s represented thousands of food poisoning victims, including more than 100 people sickened by salmonella-tainted Peter Pan peanut butter produced by food manufacturer ConAgra in 2007. 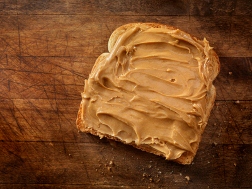 After an eight-year investigation by the US Attorney’s office, ConAgra Grocery Products LLC, a subsidiary of ConAgra Foods Inc., based in Omaha, Nebraska, has agreed to plead guilty to a charge of shipping tainted product across state lines. To settle the charge the company will pay $8 million in criminal fines plus $3.2 million in forfeitures to the US government for a total of $11.2 million in fines under the Federal Food, Drug and Cosmetic Act.

The Department of Justice says the criminal fine is the largest ever paid in a food safety case.


“This is a significant fine and I think the punishment fits the crime,” Marler told LawyersandSettlements.
“I think specifically with respect to ConAgra, the larger takeaway is that food manufacturers need to be aware that they may face criminal penalties as well as civil liability if they ship contaminated product to consumers.”

In February 2007, the US Food and Drug Administration (FDA) traced a massive salmonellosis outbreak to Peter Pan peanut butter manufactured at ConAgra’s plant in Sylvester, Georgia. The FDA has said that thousands of cases of Peter Pan salmonella poisoning probably flew under the radar and were never reported. However, the FDA at the time identified 700 cases across the US. There were no deaths linked to the outbreak.

After the FDA identified the source of the contamination, ConAgra shut down production and recalled all the peanut butter it had manufactured since 2004. At the time, the company said the contamination likely originated when moisture from a leaky roof made its way into the production line, enabling the salmonella, which is always present in raw peanuts, to get out of control.

As part of the plea agreement with the US Justice Department, the company admitted that it had some concerns about salmonella contamination at its manufacturing plant as far back 2004, according to a US Department of Justice news release,. Employees were attempting to locate the source of the contamination, but had not solved the problem and continued to produce and ship Peter Pan peanut butter to stores across the U.S.

The company also admitted, in its plea agreement, that employees on its food testing line were not trained sufficiently to identify the salmonella in the product before the peanut butter left the plant.

Some of Marler’s former clients in the ConAgra tainted peanut butter investigation were contacted by the Department of Justice for witness statements during the investigation.

“What I see is that the volume of these types of foodborne illness investigations is increasing,” says Marler. “There have been five criminal prosecutions, all in the last five years. There have been large fines imposed and jail time in some of these cases.”

More FOODBORNE ILLNESS News
Father and son owners of an Iowa egg production company are currently facing three months in jail and a $6.8 million fine after pleading guilty to bribery and doctoring documents to make eggs appear fresher than they were. A half billion eggs contaminated with salmonella had to be recalled and 2,000 people became ill. Two cantaloupe farmers were put on probation and fined $150,000 after their product was found to be contaminated with listeria and sickened 147 people and killed 33. And, the former owner of Peanut Corporation of America is currently awaiting sentencing and may go to prison after being convicted of felony charges following a salmonella outbreak in 2008.

As Marler commented on his blog when the ConAgra fine was announced yesterday, “Manufacturers are talking about the risk of misdemeanors and criminal fines and jail time. The fine and this plea agreement send an incredibly powerful message to food producers across the county that they have to watch their Ps and Qs.”

However, just as the ConAgra contamination story is apparently put to rest, a potentially deadly listeria bacteria has been discovered in Chocolate Chip Cookie Dough Ice Cream made by Blue Bell Creameries.

The FDA is investigating.

Click to learn more about LawyersandSettlements.com
LawyersandSettlements.com - A trusted, independent legal news provider bringing quality news and information on legal cases and lawsuits filed in the United States of America to its readers since 2002. Over 650,000 legal help requests including Food and Drink, Business Frauds, and Personal Injury Cases have been forwarded to lawyers all across to the country.