As the effects of the recent listeria outbreak linked to the recent cantaloupe recall continue to spread, more reports of illness and death are coming in, including reports of health effects suffered by pregnant women. Aimee Robert, attorney with Johnson Law Group, says this listeria outbreak, which led to a recall on cantaloupe, is particularly dangerous. 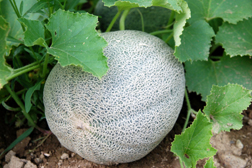 "This is the deadliest listeria outbreak in 10 years," Robert says. "Eighteen people have died so far and 100 more have been infected by it. The cantaloupe came from Jensen Farms in Holly, Colorado, and was distributed to 24 states. So far, people from 20 states have reported illnesses."

Among those affected by it are a pregnant woman who had a miscarriage that is potentially linked to the outbreak and two other pregnant women who are being monitored.

Listeria is a deadly bacterium that can survive refrigeration and cold temperatures, making it a particularly dangerous threat. It can affect all types of fruits, vegetables and meat. Listeria can be killed by heat and cooking, but on ready-to-eat foods such as cantaloupe or lettuce, people are at greater risk of infection.

Although a recall of the affected cantaloupe was announced in September, people may be yet to suffer the effects of listeria. That is because the incubation period is so long that symptoms might not arise for up to two months after contaminated food is ingested. People with the highest susceptibility to listeria include those who have compromised immune systems, children, elderly people and pregnant women.

People infected with listeria can suffer a variety of health problems including illness, fever, hospitalization and death.

More CANTALOUPE RECALL News
"The recall was in September, so people should look to see if their grocery store has had cantaloupe from Rocky Ford or Jensen Farms recalled," Robert says. "If they think they have been exposed and feel unwell or feel as though they have symptoms, they should seek medical attention."

People should also be aware that listeria is easily spread among food, so if they had contaminated cantaloupe in their fridge, they should be aware that cross-contamination to other items in the fridge could have occurred.

"We recommend contacting an attorney to pursue your rights and remedies for illnesses suffered from consuming this listeria from the infected food," Robert says. "If they have receipts for the cantaloupe, that's ideal, but if they know they received contaminated cantaloupe from the store, we can help them with tracing back, so it's not vital at this stage that they have the receipts."