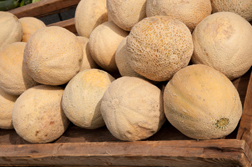 Lawsuits are now being filed against the organizations involved in producing the cantaloupe. One such lawsuit was filed on behalf of a 96-year-old New Mexico woman who allegedly died after eating cantaloupe contaminated with listeria.

Named as defendants in the lawsuit are Jensen Farms and two food-safety firms that audited Jensen Farms. An owner for one of the auditing companies said the requirement for such audits is only to visually inspect the packing plant and ensure the grower is minimizing potential contamination. He further told the Albuquerque Journal (as reported in Food Poison Journal; 11/29/11) that if the US Food and Drug Administration (FDA) had required producers to sanitize cantaloupe before shipping, the outbreak could have been prevented.

According to the lawsuit, food safety auditors gave Jensen Farms a "superior" rating for safety and quality only a few weeks before the listeria outbreak began.

Meanwhile, a lawsuit was filed in Nebraska by a man who says he became ill after eating contaminated cantaloupe. His lawsuit was filed against the grower, the cantaloupe distributor, the food safety auditor and Kroger Co, owner of the market where the cantaloupe was purchased. According to the Lincoln Journal Star (12/04/11), the plaintiff, Dale L. Braddock, bought the contaminated cantaloupe in August, and both he and his daughter fell ill. His lawsuit seeks compensation for injuries and damages.

More CANTALOUPE RECALL News
Now that the listeriosis crisis is over—it is unlikely that more people will fall ill from the cantaloupe because it has been off store shelves for almost three months—investigators will examine where the blame lies in the outbreak. Although the contaminated cantaloupe has been traced to Jensen Farms, experts say there is little chance a criminal lawsuit will be filed because the owners believed new procedures at the plant were safer than old procedures. To file criminal charges, there must be evidence that the company willfully violated safety regulations.

According to the Denver Post (11/24/11), there is no evidence that either Eric or Ryan Jensen knew that their cantaloupe was contaminated before it was shipped.

Although criminal charges are unlikely in this case, consumers who were harmed by eating the contaminated cantaloupe, or people whose loved ones died from listeriosis linked to the fruit, may be eligible to file a cantaloupe lawsuit.

Posted by
Bill Robbenson
on December 9, 2011
I like this info but can you tell me if it is heavier or lighter when it is sick?