More than 1,800 Syngenta lawsuits have reportedly been filed by farmers across the US against Syngenta. The lawsuits allege the biotechnology company’s genetically modified Agrisure Viptera and Duracade seeds contaminated US corn shipments, making them unacceptable for export to China. Although Syngenta reportedly filed a motion to dismiss the lawsuits, in September that motion was denied. 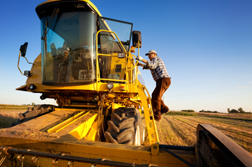 The lawsuits were filed in relation to Agrisure Viptera, a seed that is genetically modified (through a modification known as MIR162) to prevent destruction by earworms and cutworms. According to reports, the seed was first sold to farmers in 2011. China does not allow the import of genetically modified plants it has not tested, and had not approved Viptera when it was sold. In February 2014, China, having discovered Viptera corn traits in US shipments, began rejection of US corn imports.

According to ABC News, more than 1,860 cases have been transferred for consolidation to US District Judge John Lungstrum’s court in Kansas City, Kansas. In September, Judge Lungstrum refused to dismiss the lawsuits, rejecting Syngenta’s argument that it was not responsible for protecting farmers from its genetically modified seed.

More SYNGENTA GMO CORN SEED News
Lawsuits filed against Syngenta allege the company released seeds on the market even though there was no prior approval from foreign markets, costing some farmers massive financial losses. Even farmers who did not farm the modified seed could be affected because of the potential for unintentional contamination of neighboring fields. Plaintiffs allege Syngenta knew or should have known its product was illegal in China but still encouraged farmers to plant the seed.

The National Grain and Feed Association estimates that almost $3.0 billion in economic losses were sustained by the US corn and soy sectors linked to Syngenta’s Agrisure Viptera MIR162 corn seeds as of April 2014. According to at least one lawsuit, Syngenta had allegedly been warned by industry participants not to introduce another MIR genetic trait because commercialization before receiving approval in foreign markets would have “devastating consequences.”

The first bellwether trials are expected to go to court in June 2017. Lawsuits have been consolidated for pretrial proceedings in MDL No. 2591, In Re: Syngenta AG MIR162 Corn Litigation.

Click to learn more about LawyersandSettlements.com
LawyersandSettlements.com - A trusted, independent legal news provider bringing quality news and information on all legal cases and lawsuits filed in United States of America to its readers since 2002. Over 250,000 legal help requests including Food and Drink, Business Frauds, and Environment Cases have been forwarded to lawyers all across to the country.