Send your environment claim to a Lawyer who will review your claim at NO COST or obligation.
Get Legal Help Now

Environment law covers a broad area of the law that regulates the statutes concerning the environment. Backed by these laws, individuals or groups can bring attention to environmental problems or violations and take action with the help of environmental law firms. 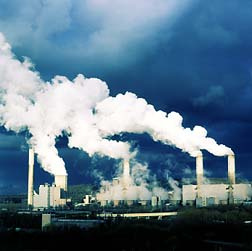 The NEPA mandate is to force governmental agencies to consider the effects of their decisions on the environment, while the U.S. Environmental Protection Agency (USEPA or EPA) functions to monitor and analyze the environment, conduct research, and work closely with state and local governments to devise pollution control policies.

Environmental laws have been put into place by both state and federal ruling and are enforced by the EPA. The EPA is responsible for implementing and enforcing laws and regulations and environmental statutes that have numerous requirements and are governed by various agencies.

Backed by these laws, environmental law firms can help individuals or groups wishing to take action regarding environmental problems or violations.

For instance, The Department of Justice, on behalf of the EPA, filed a civil lawsuit against Volkswagen in January 2016, claiming that approximately 600,000 diesel engine vehicles had illegal defeat devices installed that impair their emission control systems and cause emissions to exceed EPA’s standards, resulting in harmful air pollution.

EPA rules that took effect in 2015 led to a closing of coal ash basins. Because of the new rules, Duke Energy pleaded guilty to criminal violations of federal water pollution laws and agreed to pay $102 million in fines and remediation.

The EPA's environmental areas of concern include: The EPA is charged with administering all or a part laws and executive orders help to protect human health and the environment.

Here is a list of major U.S. federal laws pertaining to the environment from the NRDC (National Resources Defense Council), one of the most powerful US environmental groups.

The Toxic Substances Control Act (TSCA) was passed in 1976. TSCA empowers the EPA to gather information regarding the toxicity of chemical substances to determine whether they are a risk to human health and the environment. Under TSCA:

As oil and gasas production expands nationwide, largely because advanced hydraulic fracturing (also known as “fracking”) has made it easier to extract oil and gas from previously inaccessible sites, new rules and regulations have been issued.

Fracking has also raised concerns about contaminated drinking water supplies, increased air pollution, toxic waste disposal, impairment of rivers and streams, and destruction of landscapes and wildlife habitat. The final rule in 2015 regarding oil and gas; fracking on federal and Indian Lands is a major step toward protecting drinking water resources in some of the most heavily drilled parts of the country.

Environmental advocacy groups such as the Natural Resources Defense Council ( NRDC) oppose expanded fracking until effective safeguards are in place. The environmental group Center for Biological Diversity (CDB) filed a lawsuit in July 2015 against the state of California’s oil agency for not incorporating certain information into its fracking rules. That information included warnings of the risks fracking poses to drinking water and the environment.

Clean Water Rule The Clean Water rule, finalized in May 2015 protects the streams and wetlands that form the foundation of the nation’s water resources from pollution and degradation.

Clean Power Plan President Obama and EPA in August 2015 announced the Clean Power Plan. The Final Carbon Pollution Standards for New, Modified and Reconstructed Power Plants was finalized by the EPA to cut carbon emissions from new, modified and reconstructed power plants. It was regarded as a huge step in reducing carbon pollution from power plants, and taking "real" action on climate change.

Climate Change/Global Warming President Obama's Climate Action Plan was announced in June 2013, followed by the Strategy to Reduce Methane Emissions in March 2014 and Methane Strategy for Oil and Gas Sector in January 2015.

A toxic tort is a particular type of personal injury lawsuit brought against the manufacturer or supplier of a chemical product which causes a toxic injury. Claims usually arise from exposure to pharmaceutical drugs or occupational exposures, such as exposure to benzene (e.g., found in methane gas, such as the Porter Ranch gas leak), which has been linked to leukemia.

Pharmaceutical toxic tort cases are generally product liability cases—the drug being the defective product. They are often litigated against drug manufacturers and distributors, as well as prescribing physicians. Most all pharmaceutical toxic injury cases are mass tort cases, because a toxic drug is likely consumed by thousands of people. 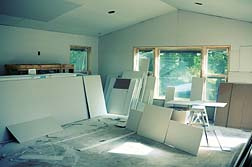 Occupational toxic tort cases differ from workers' compensation claims because they are not brought against the employer. Rather, they are brought against "third parties"—usually manufacturers or distributors of chemicals; the machines or devices that expose the worker to the chemicals; and/or the owners and lessors of premises where the worker was exposed to the toxic chemicals. Asbestos exposure is the most common toxic tort litigation in this area but also difficult to prove because the onset of asbestos-related illness such as mesothelioma can develop years after exposure to asbestos.

You can also be exposed to toxic chemicals in your home. Toxic tort litigation covers mold contamination, construction materials such as formaldehyde-treated wood and carpet, lead paint and Chinese Drywall. As well, litigation can involve a consumer product: for example, leukemia claims from exposure to gasoline. For instance, if you rent an apartment in a building containing a toxic material, residents can bring about a toxic tort and your landlord may have to pay for any injuries incurred.

Environmental toxic tort litigation is on the rise, particularly against corporations spilling toxic materials.
Some Examples: To bring about a toxic tort lawsuit, you need to prove the following: Back To Top

Brownfields are of great concern to environmental agencies. They are industrial and commercial sites that are either unused or abandoned because questions have been raised regarding their need for environmental cleanup under CERCLA or other environmental statutes. The EPA defines a brownfield as “a property, the expansion, redevelopment, or reuse of which may be complicated by the presence or potential presence of a hazardous substance, pollutant, or contaminant. And cleaning up a brownfield often results in the removal of a potential threat to human health or the environment.

Federal and state programs have provided incentives that encourage state and local governments to voluntarily cleanup and reuse many Brownfields.

California’s brownfields differ from those in the Northeast/Midwest United States, largely due to the more recent onset of the industrial revolution in the State. Former manufactured gas plants, and remnants of the computer industry are some key examples of California’s “newer" brownfields. Additionally, many ”rural” areas in California have significant brownfields problems, e.g., lumber mills.

For example, the state of New York in June 2015 banned hydraulic fracturing after almost seven years of study that determined fracking’s effects on water, air and soil are inconsistent, incomplete and raise too many red flags. Democratic Governor Andrew Cuomo followed the advice of the health department and the ban was hailed by environmentalists.

Along with the EPA and other federal agencies, every state has an agency responsible for pollution control, and the type and extent of state regulation vary. Although the EPA has delegated the majority of federal environmental laws it administers to state environmental agencies, when the EPA delegates a program to a state, it retains oversight authority over that program.

California has numerous stringent environmental laws, including an environmental advertising law restricting the representation of products as being environmentally friendly, recyclable, or biodegradable unless certain standards are met. Many lawsuits have been filed against agencies for failure to analyze GHG emissions generated by projects subject to the California Environmental Quality Act (CEQA).

An environmental class action lawsuit filed on behalf of hundreds of plaintiffs and the "Save Porter Ranch" group against Sempra Energy and its California utility Southern California Gas Company (SoCal) claims the gas was injected underground by SoCal into illegally permitted wells.

Federal environmental law includes the rules and regulations governing the renovation and demolition of buildings and the potential tort liability faced by building owners for personal injuries caused by exposure to any hazardous materials, such as asbestos.

Anyone can bring a case to court regarding environmental law, including property damage or bodily injury or damages from someone who is violating environmental law. For example, if someone dumps paint or any hazardous material on your property, you could file a lawsuit that will force them to pay for the cleanup.

If a business or individual is found guilty of violating environmental law and policy, they could face fines, probation or imprisonment, or all three punishments.