Air pollution health effects can have a long-term impact on a person's health, including causing difficulty breathing, strokes and premature death. A 2008 study found a link between air pollution and stroke risk, while environmental agencies frequently warn about the negative effects of air pollution exposure .

Send your Air Pollution claim to a lawyer who will review your claim at NO COST or obligation.
GET LEGAL HELP NOW

According to the EPA (Environmental Protection Agency) the six common air pollutants are ozone, particulate matter, carbon monoxide, nitrogen oxides, sulfur dioxide and lead. Of those six, particle pollution and ground-level ozone are "the most widespread health threats." 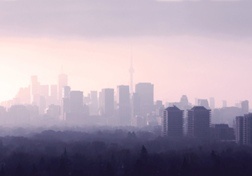 Exposure to the six common pollutants is associated with health problems including increased respiratory symptoms, heart or lung disease and premature death.

Particle pollution contains microscopic solid or liquid droplets. These particles are tiny but can cause serious health problems because they can get into a person's lungs and even into the bloodstream. Primary particles come directly from a source, including construction sites, unpaved roads, smokestacks or fires. Secondary particles are formed by reactions of chemicals in the atmosphere. These include sulfur dioxides and nitrogen oxides that come from power plants, industries and vehicle emissions. 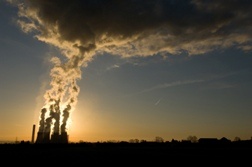 Ground-level ozone is created by a reaction between oxides of nitrogen and volatile organic compounds in the presence of sunlight. Sources of ground-level ozone include motor vehicle exhaust, industrial emissions, gasoline vapors and chemical sources.

A study published in the Annals of Neurology found a link between low level air pollution and an increased risk of stroke. The study investigated the effects of air pollution in a southeast Texas community with a large petroleum and petrochemical industry presence.

"While our observed association between PM2.5 and stroke/TIA risk requires further study in additional regions in the US with varying types of climates and possibly with alternative study designs, it does call into question current standards for fine particulate matter and whether these standards are sufficient to protect the public with regard to stroke, our nation's third leading cause of death," the authors note. Although the study focused on fine particulate matter, the association of ozone levels and stroke/TIA risk suggests that ambient air pollution in general may affect stroke risk.

A study conducted by doctors at Mount Sinai Medical Center found workers who were at ground zero during rescue and recovery suffer high rates of respiratory problems. 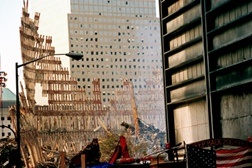 According to the study, approximately 70 percent of the 10,000 workers tested between 2002 and 2004 had new or worsened respiratory problems while or after working at ground zero. Diseases such as sinusitis and asthma have been linked to the dust from the World Trade Center. Many of the workers who reported breathing difficulties still suffered those problems two and a half years later, indicating that the issues are chronic and may not improve over time.

If you or a loved one has suffered sickness or injury due to Air Pollution, please click the link below to send your complaint to a lawyer to evaluate your claim at no cost or obligation.
Please click here for a free evaluation of your Air Pollution claim
Last updated on Jun-5-10

$8.1 Million Settlement Is the Right Thing to Do, Says Attorney

Kraft Foods has agreed to pay $8.1 million for contaminating 124 homes in a neighborhood in Attica, located near one of its plants. "I think ultimately in our case Kraft did the right thing," says veteran pollution lawyer, Norm Berger, whose firm Varga, Berger, Ledsky, Hayes & Casey commenced the action on behalf of class representatives two years ago; however, he adds, "We had to punch them in the nose to get it done."READ MORE
Air Pollution Stroke Risk Found for Some People

New York, NY: A new study indicates that while rising air pollution may not increase the short-term risk of stroke for the majority of people, it could have serious consequences for those at high risk of stroke.READ MORE
Air Pollution Still a Factor in Pennsylvania

There are few areas that know Air Pollution health effects quite like Pittsburgh, Pennsylvania, together with other communities that line the Ohio River. While the air is generally cleaner than it used to be, thanks in part to the Federal Clean Air Act which celebrates its 40th anniversary this year, residents aren't out of the woods yet, according to a year-long investigative report by the Pittsburgh Post-Gazette.READ MORE