Antitrust laws are designed to prohibit unfair business practices and to promote competition in the marketplace. Under antitrust laws, there are a number of practices that are considered illegal. These include price fixing, creating an illegal monopoly, geographic market allocation and bid rigging. Companies found guilty of violating antitrust laws can face stiff fines and company officials could face jail time for their part in breaking antitrust regulations.

Send your antitrust claim to a Lawyer who will review your claim at NO COST or obligation.
Get Legal Help Now

Antitrust laws were designed to protect economic freedom and promote competition in the marketplace. As such, companies that are found to behave in an anti-competitive manner may be guilty of antitrust. Actions that may constitute antitrust behavior include creating an illegal monopoly, illegally reducing competition, bid rigging, group boycotts, geographic market allocation and price fixing. Antitrust laws apply to virtually every sector of industry, including manufacturing, transportation, distribution and marketing. 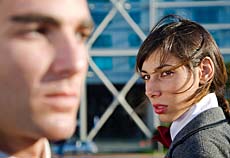 There are three major federal antitrust laws: The Sherman Antitrust Act (1890), The Clayton Act (1914) and the Federal Trade Commission Act (1914).

The Sherman Antitrust Act prohibits all contracts, combinations and conspiracies that unreasonably restrict interstate and foreign trade. This includes price fixing, bid rigging and customer allocation. Furthermore, under the Sherman Act, it is a crime to monopolize any part of interstate commerce. Provisions in the Sherman Act are primarily enforced by the Antitrust Division of the Justice Department.

The Clayton Act prohibits mergers or acquisitions that are likely to restrict competition and therefore increase prices to consumers. The Clayton Act is enforced by both the Antitrust Division and the Federal Trade Commission.

Possibly the most well-known of the antitrust behaviors are price fixing and the illegal monopoly.

Price fixing occurs when competing sellers agree on what prices to charge for their goods or services. This includes agreeing not to sell a product or service below a certain price.

Monopolies occur when one company or firm gains control of the market by suppressing competition through illegal conduct.

Bid rigging occurs when firms agree to bid on a good or service in such a way that a designated firm will submit the winning bid. Essentially, the firms agree beforehand which company will win the bid and then bid in such a way as to ensure that this happens.

Companies that violate antitrust laws cause great harm to consumers by depriving them of the benefits of competition, including lower costs of products and services. Cases alleging antitrust behavior have been tried against soft drink companies, vitamin companies, trash haulers and software companies. Companies found to have violated antitrust laws may face jail time and large fines. Furthermore, individuals who claim damages as a result of antitrust behavior can bring a lawsuit against the company found to have acted in a non-competitive manner.

Batson Nolan PLC
Established in 1860, Batson Nolan is the oldest and one of the most respected law firms in TN having top personal injury lawyers, divorce attorneys and criminal defense lawyers. An office in Springfield lets us serve clients throughout Tennessee.
CONTACT THIS LAWYER

If you suspect an individual, a company or companies of price fixing or trying to create a monopoly, please click the link below to submit your claim to a lawyer for a free evaluation at no cost or obligation.
SEND YOUR COMPLAINT TO A LAWYER