Internet and Technology laws are a fast-growing area for policy makers, lawyers, business owners, and individual consumers. As technology changes at a rapid pace, consumer rights and business e-commerce rights may be challenged in new and unusual ways.

Cyber laws and related amendments can protect consumers and enforce regulations regarding Internet crime, Internet fraud, Internet business practices, Internet marketing and more. Two acts that protect Internet users are the CAN-SPAM Act of 2003 (Controlling the Assault of Non-Solicited Pornography and Marketing Act) and the Electronic Communications Privacy Act of 1986.

Send your internet/technology claim to a Lawyer who will review your claim at NO COST or obligation.
Get Legal Help Now 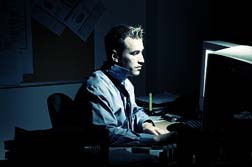 Internet crime is investigated by the Internet Crime Complaint Center (IC3), which is a partnership between the Federal Bureau of Investigation (FBI), the National White Collar Crime Center (NW3C), and the Bureau of Justice Assistance (BJA).

Internet and email fraud include scams that are conducted online. They include websites promoting fraudulent goods or services, or emails sent to consumers with the intent of scamming them of their money or obtaining personal information to commit fraud.

[INTERNET & EMAIL FRAUD]
Back To Top

Various states have laws regarding privacy on the Internet. For example, Nevada and Minnesota require Internet Service Providers (ISPs) to keep certain customer information private unless the customer has given permission to disclose the information. Furthermore, both states prohibit disclosure of information that personally identifies an Internet user. California requires nonfinancial businesses to disclose to customers the types of personal information that business shares with or sells to a third party for direct marketing purposes or for compensation.

Items that have the potential to violate a user's privacy include cookies (information a Web site puts on the user's hard drive so it can remember something about the user at a later time), spyware (gathers information about the user without the user's knowledge), web bugs (placed on a Web page or in an e-mail message to monitor user behavior) and phishing (email fraud—an email that looks legitimate is sent out to gather personal information from recipients, often passwords to secure accounts). 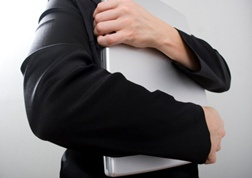 [IDENTITY THEFT]
Back To Top

Some Internet companies and social media websites have come under fire for their marketing tactics. One example of this is Facebook's Beacon advertising system, which was discontinued in September 2009 as part of a settlement. A class action lawsuit against Facebook and Beacon affiliates—including Blockbuster and Overstock.com—alleged the companies violated a series of laws including the Electronic Communications Privacy Act and the Video Privacy Protection Act.

Beacon was a program in which Facebook users' actions were broadcast back to their friends. For example, if a Facebook user made a purchase at a participating website, that purchase was broadcast to the user's friends. The idea was that this would be a form of "social" advertising because the purchase was basically an endorsement of the product.

Another company that has faced lawsuits is Tagged.com, which the New York Attorney General alleged used illegal marketing to increase its client base. 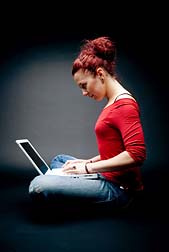 The CAN-SPAM Act (Controlling the Assault of Non-Solicited Pornography and Marketing) regulates the use of commercial email. CAN-SPAM applies to bulk email and all commercial messages, defined as "any electronic mail message the primary purpose of which is the commercial advertisement or promotion of a commercial product or service." Penalties for failing to follow CAN-SPAM include fines of up to $16,000 per email.

Some of the requirements of CAN-SPAM: Back To Top

The act protects information in transit—that is while it is being communicated—as well as in storage.

Batson Nolan PLC
Established in 1860, Batson Nolan is the oldest and one of the most respected law firms in TN having top personal injury lawyers, divorce attorneys and criminal defense lawyers. An office in Springfie
CONTACT THIS LAWYER