Google says it neither “read” your emails, nor does it scan and share data from email accounts, but it still allows other companies to do so. And it’s creeping out email users.

If you are one of the 1.4 billion Gmail users around the globe, you are likely more than familiar with annoying online ads. But so too are email users who didn’t sign up to Gmail. People like Rick, who is fed up with barrages of ads. And people like Rick are filing Google complaints. 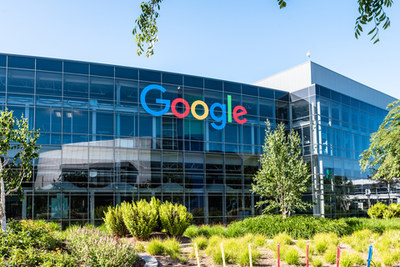 “I’m also concerned about privacy for any reason so this is really annoying because I never signed up for Gmail – I am on AOL,” says Rick. “I don’t have anything to hide but I certainly don’t want people to know who I’m talking to, where I have been and what I have just purchased.”

More than a year ago Rick bought a Jeep online and he still gets phone calls and ads from car dealerships. He searched online a few months ago for a recliner and every day he is bombarded with recliners, and not just from the sites he visited.

“I can’t understand why they never give up. If you don’t like Universe mattresses, you’ll get endless pop-ups from Certa,” Rick says. “I checked out Wayfair.com for a couch six months ago and I’m still getting stuff from them, even from their competition. Walmart bombards me too.”

Content of users’ Gmail messages is tracked to improve relevance and targeting of ads. Although Google says that mail sent to or from Gmail isn’t read by anyone other than the account holder, the data is still being tracked and stored?—?and could be read by a human with access. But Rick isn’t a Gmail client…

How Google Does It


“I don’t know how they do it. Where do they get all this information? Do they pick up certain words? Sometimes I think they can even hear me, listen to my phone conversations,” Rick quips. “I own an Amazon Alexa, something like Siri. Is that how they hear me? It’s really creeping me out, it’s almost haunting me!"

This is how Google does it, according to Hackernoon.

Every time a user searches with Google, they receive a "cookie" in their computer. This cookie gives Google information about the websites the person visits, and their search history. That information is also linked to any Gmail accounts that have logged in on your device.

Google uses its Analytics product, along with others, to determine a user’s browsing path around the Internet. By linking that information to an IP address and an associated Google account, a complete profile of a person can be assembled. Content of users’ Gmail messages is tracked to improve relevance and targeting of ads, and to block spam emails – thanks for the latter.

In 2017, Google’s ad revenue was $95.30 billion, reported statista.com. Rick wants a smidgeon of that revenue.

“I think we should be compensated. Why should they get free advertising? I won’t wear a piece of clothing that advertises the brand, but I have to deal with this,” says Rick, who is 67 years old. He’s not into wearing a piece of clothing or, say, Nike shoes that advertises that brand but his kids do. “My kids are in their 30s and I think they like to show off, but I also think they feel pressured,” Rick says. “My 35-year-old daughter recently complained to me about all these ads on Google and she isn’t a Gmail user either. I can understand ads to a certain point: they are on billboards, on the back of the bus -- they are part of our culture. But who cares if I went to Wendy’s yesterday for a burger?

“Maybe Google is taping this conversation and listening to us right now,” Rick says, laughing. Then he realizes it’s no joke. I am astounded at the amount of money they make selling ads, without our permission. I would like to get compensated for every email I send to my friends on Gmail. Sign me up.”

If you or a loved one have suffered losses in this case, please click the link below and your complaint will be sent to an internet/technology lawyer who may evaluate your Gmail Privacy Lawsuit claim at no cost or obligation.
Request Legal Help Now

Click to learn more about LawyersandSettlements.com
LawyersandSettlements.com is an online news and information site for the general public and legal community. As a legal news resource, we have emerged as an independent & trusted voice. We provide detailed and quality information on various lawsuits filed including Internet/Technology Cases, and Media/Telecom Cases.