One of the largest data breaches in the world occurred in July 2015 when the Ashley Madison online dating website was hacked, releasing the personal information of 33 million user accounts (Ashley Madison claims it has 39 million members worldwide). In its wake Ashley Madison class action lawsuits have been filed in the US and in Canada, claiming negligence, breach of contract and privacy violations against the 'cheat-on-your-spouse' website.

Send your Ashley Madison Data Breach claim to a lawyer who will review your claim at NO COST or obligation.
GET LEGAL HELP NOW

The data breach includes users' personal names, emails, home addresses and message history, which was publicly posted online. Hackers downloaded and revealed credit-card information of many US government workers, including employees in the White House, Congress and the Justice Department. In Canada personal information was revealed from computers attached to the Department of National Defence and The House of Commons. At least two suicides have been associated with the Ashley Madison data breach. 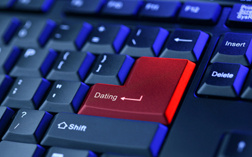 The lawsuits in California and Texas federal courts have been filed by people using John Doe as a pseudonym. The plaintiffs seeking damages claim that ALM did not have adequate and reasonable measures to secure the data of users from being compromised, and failed to notify users in time of the breach.

The California lawsuit , filed in U.S. District Court for Central District of California, Western Division claims that "on or about July 20, 2015, the hackers downloaded highly-sensitive personal, financial, and identifying information of the website' some 37 million users," according to NBC news. The case is No. 15-cv-06405.

A second California lawsuit filed by 'John Doe' in U.S. District Court in Los Angeles is seeking class action status. The plaintiff alleges that Ashley Madison and ALM "failed to adequately protect clients' personal and financial information from theft" and as a result he suffered emotional distress.

A Texas lawsuit filed August 21 in the in U.S. District Court for the Northern Texas District alleges that ALM and Ashley Madison should have known their computer systems were vulnerable because they had already been warned about them. The suit says that the hack revealed an internal company file stating that multiple "technical issues that could lead to a data breach occurring, as well the legal problems that may come with that."

A Missouri class action lawsuit filed in a US District Court seeks more than $5 million in damages. Jane Doe, who is seeking unspecified damages, claims she paid Ashley Madison $19 to delete her personal information from its website. The lawsuit claims negligence, breach of contract and privacy violations. They say Ashley Madison failed to take reasonable steps to protect the security of its users, including those who paid a special fee to have their information deleted. According to data researchers, users who paid the $19 "full delete" still had some details remaining on the site's databases.

A widower from Ottawa is the plaintiff in a $760 million lawsuit which is seeking class action status. Eliot Shore registered with the website "for a short time in search of companionship"but claimed that he never met any of the site's members. Shore's attorneys say their client joined Ashley Madison after his wife died of breast cancer. The attorneys further said that former users of the website have approached them to inquire about their privacy rights under Canadian law, according to Global News.

A second lawsuit has been filed by a Quebec man who is represented by the same law firms representing Eliot Shore. erge Saumur will be the lead plaintiff for a class action in Montreal on behalf of all Quebec residents who subscribed to the site. Saumur, a bachelor, told CBC news that he didn't mind revealing his identity because " I'm not married, I've got no children, and I wasn't there to meet someone married...I was on that site to look for somebody single."

A data analysis by Gawker affiliate Gizmodo showed that only 12,000 of Ashley Madison's 5.5 million female profiles were actually real. Apparently many of the profiles were created by an Ashley Madison computer, based on their IP addresses. The data also revealed that less than 1,500 female members had ever checked a message they received on the site, compared to 20.3 million men who had checked their messages.

Avid Life denies the Gizmodo analysis. A spokesperson for the company said that "Last week alone, women sent more than 2.8 million messages within our platform", according to CBC News (Aug 31). " These numbers are the main reason that Ashley Madison is the No. 1 service for people seeking discreet relationships." Ironically, the Ashley Madison website (which is still running) boasts a "trusted security award" and "SSL Secure Site".

If you or a loved one has suffered similar damages or injuries, please click the link below and your complaint will be sent to a lawyer who may evaluate your claim at no cost or obligation.
Please click here for a free evaluation of your Ashley Madison Data Breach claim
Last updated on Oct-29-21

Posted by
Nichole
on October 15, 2015
I just received a blackmail notice via email stating that they will release my information, including my full name, address, messages and photos from Ashley Madison unless I send within 2 days "4 bitchips" (roughly $1000 USD) to a bitchip user. All of the information is real information including the credit card used and a partial credit card number. This information will be cyber linked to any facebook and other online sites I may be on.
Much of my business is done via internet sales. I have had to close down my facebook page to try to protect myself from family/colleagues openly seeing this information on it. I'm interested in participating in a class action suit against Ashley Madison for the issues this data breach has caused.