Send your Hydraulic Fracturing claim to a lawyer who will review your claim at NO COST or obligation.
GET LEGAL HELP NOW 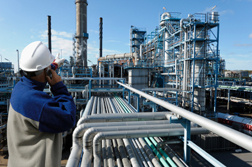 While hydraulic fracturing has been heralded as a boon to the US natural gas industry, it has drawn flack from environmentalists and people living near drilling operations who allege that their well water has subsequently become contaminated and made people sick, and it has also been linked to cancer.

Natural gas production and drilling hazards are much less understood than those dangers associated with other fossil fuels, and hydraulic fracturing regulations have not kept pace with the natural-gas industry' expansion.

On the heels of a series of The New York Times investigative articles (February 2011), the U.S. Environmental Protection Agency (EPA) is considering enacting regulations on the fracking process. The NYT obtained thousands of internal documents from the EPA, showing more dangers to the environment and health--beside the previously reported existence of toxic wastes. These recent documents reveal that the wastewater, which can find its way into drinking water, contains radioactivity at levels higher than previously known, and far higher than the level that federal regulators say is safe for these treatment plants to handle.

Another document reveals that an EPA consultant concluded that some sewage treatment plants were incapable of removing certain drilling waste contaminants and were probably violating the law. To date, the EPA has done nothing to stop fracking. And federal and state regulators do not require most sewage treatment plants that accept drilling waste to test for radioactivity.

Industry officials argue that any dangerous waste from the wells is handled in compliance with state and federal laws, and that drilling companies are recycling more wastewater Furthermore, they say that hydrofracking is well regulated by the states and that it has been used safely for decades. However, hyrdrofracking is producing far more wastewater now because it is increasingly used more. Not only is fracking causing an environmental impact, it has caused an enormous waste disposal challenge.

Among more than 30,000 pages of federal, state and company records relating to more than 200 gas wells in Pennsylvania, 40 in West Virginia and 20 public and private wastewater treatment plants, the NYT found that:

Hydraulic Fracturing Regions Most at Risk 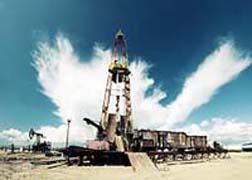 Fracking has potential risks nationwide, but is centered in the Marcellus Shale, a 95,000-square-mile layer of thick black rock that holds a vast reservoir of gas. This natural gas-rich sediment stretches from New York through Pennsylvania, Ohio and West Virginia, and is often referred to as the nation' largest source of natural gas.  The gas reservoir beneath the Marcellus Shale encompasses not only Pennsylvania, but seven other states.

Geologists known about gas deposits trapped in this 390-million-year-old formation for decades, but only since 2008, and at a rapidly escalating pace, has the oil and gas industry been able to bring about technological and financial resources to begin fracking.

In 2009, almost 500,000 natural-gas wells were active in the US, about double the number from 1990. According to the drilling industry, around 90 percent have used hydrofracking to get more gas flowing.

One New York Times investigative piece reported that hydrofracking has sometimes discharged radioactive wastewater into rivers supplying drinking water to millions of people in Pennsylvania--the state most at risk known as the Saudi Arabia of the US-- and Maryland.

Pennsylvania has seen a great increase in drilling, with about 71,000 active gas wells, up from about 36,000 in 2000. Radioactivity levels in the wastewater have sometimes been thousands of times the maximum allowed by the federal standard for drinking water. Drillers have trucked at least half of this waste to public sewage treatment plants in Pennsylvania and other states, including New York and West Virginia.

Another growing threat is air pollution caused by natural-gas drilling. In 2009, Wyoming failed to meet federal standards for air quality, mainly due to fumes containing benzene and toluene from roughly 27,000 wells—most of those wells having been drilled in the past five years.

Texas now has about 93,000 natural-gas wells, up from around 58,000 12 years ago. A hospital system in six counties with some of the heaviest drilling said that in 2010 it found a 25 percent asthma rate for young children, more than three times the state rate of about 7 percent.

October 2008 through October 2010: According to PA state data, during this period, state regulators are more than twice as likely to issue a written warning than to levy a fine for environmental and safety violations; fifteen companies are fined for drilling-related violations in 2008 and 2009; and the companies pay an average of about $44,000 each year.

November 2009:15 families in Dimock, located in the vast rock formation rich in natural gas known as the Marcellus Shale, including a Cabot whistleblower employee, announced that they were suing Cabot Oil and Gas in Marcellus Shale Drilling for poisoning their water and the likelihood that exposure to toxic chemicals has led to personal injury, including neurological and gastro-intestinal complications.

August 2009: Reuters reports that US government scientists found—for the first time--chemical contaminants in drinking water wells near natural gas drilling operations, fueling concern that a gas-extraction technique is endangering the health of people who live close to drilling rigs.

March 2011: The EPA releases a draft plan to study the impacts of hydrofracking on drinking water. (Initial results are expected to be available by late 2012.)

If you or a loved one has suffered an adverse health event or illness resulting from exposure to hazardous materials, please click the link below and your complaint will be sent to a lawyer who may evaluate your claim at no cost or obligation.
Please click here for a free evaluation of your Hydraulic Fracturing claim
Last updated on Mar-22-11

Just when you think the water situation in California can’t get much worse, fracking in Kern County has resulted in contaminated water that has so far killed one plaintiff’s cherry orchard. A RICO lawsuit filed two days ago claims that Governor Jerry Brown’s office ordered the California Division of Oil, Gas, and Geothermal Resources (DOGGR) to approve permits to inject contaminated water, which violates the Safe Drinking Water Act.
“The potential impact to our food supply and water supply is enormous,” says attorney Patricia Oliver.
READ MORE
Kern County Group Files RICO Lawsuit Against Governor and Oil Companies

Five years ago Mollie and her husband purchased their dream home in the country. Chesapeake Energy a few years later started fracking nearby and their dream turned into a nightmare. Mollie believes her adrenal issues and other health problems are directly caused by hydraulic fracturing contamination. READ MORE

Posted by
vicki mcmillen
on August 22, 2016
What part of "Fracture" don't you corporate heads understand? If you just sit down, alone, leave your phone, tablet, everything on a table and walk into a room in you home. Ask not to be disturbed for 30 minutes. Sit down on you bed. Now, this is very important. Ask yourself, if I weren't in this to make billions, what do I really, in my soul, think about what this company is doing to our earth? Don't snap answer, really think about it. Think about everything you know (secrets) about what is happening to yours and my earth. It's dirt, rock, and water. Fracturing is breaking apart. What part of that is so hard to understand. Fracturing is bad and it is wrong. God made this world so we could live in and on it, love it, improve our lives on it, NOT to destroy it. I will continue to pray for you CEO's; COO's, and CFO's, just go sit on you beds.
God see's everything you are doing.
Respectfully,
V. McMillen