A Texas judge’s decision in favor of two oil companies in a recent fracking lawsuit may affect past and future hydraulic fracking claims that are based on emissions creating a nuisance and not with solid scientific and medical evidence. 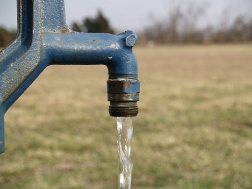 Earlier this year the Parr family were awarded $3 million in their fracking lawsuit that alleged health problems due to exposure to contaminated ground water, solid toxic waste and airborne chemicals generated by fracking near their property.

The Parrs filed a private nuisance claim, alleging that Aruba Petroleum engages in activity that interferes with the plaintiff’s right to enjoy his property. In light of the dismissal in Mike and Myra Cerny’s case (August 15, 2014), Aruba Petroleum filed a motion for a new trial in the Parr case.

In both fracking lawsuits, the two families claimed that the oil and gas companies - Aruba in the Parr case and Marathon and PXP in the Cerny case - created a nuisance. Under Texas law, plaintiffs do not have to prove they have suffered a specific disease or injury, which is a non-Havner claim, meaning they don’t need to substantiate their claims with scientific or medical evidence.

Mike and Myra Cerny filed a million dollar lawsuit last year, alleging they couldn’t enjoy their home due to the emissions caused by fracking, according to the San Antonio Express News. As well, the Cerny family claimed they suffered headaches, rashes, bone pain, numbness, nosebleeds, irregular heartbeats and bronchitis due to the defendants’ wells and production facilities. Their health problems were similar to those detailed in the Parr lawsuit, and they used the same argument as the Parr fracking lawsuit.

However, a Texas judge dismissed the Cerny suit, saying they couldn’t definitively prove causation - that something else in the air could have caused their injury besides the two oil and gas companies. And the Cerny family didn’t have enough medical and scientific evidence to prove to a jury that they had been sickened by the fracking operations.

More HYDRAULIC FRACTURING News
Whatever happened to the non-Havner claim?

Meanwhile, at least 33 oil and gas companies have been accused of illegally using diesel fuel in their hydraulic fracturing operations, and then doctoring records to hide violations of the federal Safe Drinking Water Act. A report published by the Environmental Integrity Project found industry data shows that the companies admitted using diesel without the proper permits.

Diesel fuel contains carcinogenic chemicals, including benzene, toluene, ethylbenzene and xylene, and they disperse easily in groundwater. This practice has been going on since 2010, which begs the question: how many people have been sickened by water containing diesel fuels and how much scientific and medical evidence is required to win a fracking lawsuit?