An environmental Class Action lawsuit has been filed against the Southern California Gas Company (SoCalGas) after a California Porter Ranch Gas Leak was discovered, apparently caused by an enormous gas leak at a storage facility in Aliso Canyon.

Send your Porter Ranch Gas Leak claim to a lawyer who will review your claim at NO COST or obligation.
GET LEGAL HELP NOW 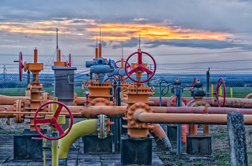 Attorney R. Rex Parris' law firm on December 2, 2015 filed the class action lawsuit in Los Angeles Superior Court against Sempra Energy and its California utility Southern California Gas Company on behalf of several plaintiffs, the advocacy group Save Porter Ranch and members of the Porter Ranch community. The lawsuit claims that SoCalGas and state officials had been negligent in allowing the leak to occur and had shown "wilful disregard for public health"through their "failure to abate the harm after more than a month." (Here is the full complaint.)

Parris argues that some of the Porter Ranch injection wells were permitted without first determining through studies that they are safe. For years, illegal permitting to allow fracking throughout California' farmland has caused contamination of freshwater aquifers, which in turn destroys crops. But the natural gas leak at Porter Ranch is cause for more concern—it can seriously affect the health of many people within the community.

This colossal leak, first discovered on or about October 23, 2015, is believed to have started sometime in September, when SoCalGas injected gas underground near the residents of Porter Ranch. According to the lawsuit, 5.7 billion cubic feet of gas was injected and with similar amounts again in October, which is when one of the injection wells suffered a massive well failure and blowout, and resulted in gas from SoCalGas leaking into the air and the water table. The lawsuit further states that "gas is not from the region, but instead the gas is injected underground by Defendant Southern California Gas Company into illegally permitted wells."

What the Leak Contains

The leak has caused a continuous flow of gases and fluids. Methane alone is leaking 100,000 pounds per hour, according to Los Angeles city attorney Mike Feuer. Along with that greenhouse gas is methyl mercaptans (odorants added to gas to aid in leak detection) and aromatic hydrocarbons. More concernedly, health officials have identified benzene and radon, both known carcinogens. Benzene is known to cause cancer.

According to attorney Rex Parris, families of Porter Ranch suffered and continue to suffer both physical and financial injuries including exposure to dangerous levels of noxious odors, hazardous gases, chemicals, pollutants, and contaminants released into the air and water by SoCalGas.

In the Los Angeles Times (Dec 2, 2015), county public health officials concluded that emission levels from the gas leak had continued for so long they could produce "significant long-term health effects, including cancer."

Environmental chemist Paul Rosenfeld identified through infrared imagery a plume of hydrocarbons over Porter Ranch. The gas company did not dispute his finding. Rather, Gillian Wright, SoCalGas vice president for customer relations, said "analysis of air samples is more useful because it identifies the specific chemicals and their concentrations... those concentrations have always been below the screening thresholds."

The leak has impacted hundreds of the 30,000 Porter Ranch residents, along with workers in and near Aliso Canyon. They have complained of a strong recurring odor and many people have reported health issues, including nausea, headaches, nosebleeds and respiratory problems since the leak started. County health officials said that mercaptons could produce these symptoms.

On December 9, 2015, Los Angeles County Supervisor Michael Antonovich proclaimed a local state of emergency, an action that can ask for state and federal assistance to help the Porter Ranch area residents and can provide additional air monitoring and help to cap the well.

The Los Angeles Department of Health has ordered the gas company to pay for hundreds of residents to temporarily relocate and the lawsuit is asking for monetary damages, and an injunction that would include "provisions for further ongoing monitoring of plaintiffs' property and potential remediation by defendant."As of December 10, more than 1,140 households had been temporarily relocated and another 1,379 are in process, said Gillian Wright.

Wright also said the gas company is opening a new storefront "community resource center"December 18, to be located in the Porter Ranch Town Center. It intends to assist residents with relocation and other issues related to the gas leak.

To date, neither efforts to cap the well have been successful, nor have gas company officials quantified the amount of materials leaked into the atmosphere from the storage facility, which can hold approximately 86 billion cubic feet of natural gas.

SoCalGas said that it began drilling a relief well on Friday to intercept the leaking well at more than 8,000 feet underground, according to Courthouse News Service. The process, which is operating around the clock, is expected to be completed in three or four months, the gas company said.

If you or a loved one has suffered similar damages or injuries, please click the link below and your complaint will be sent to a lawyer who may evaluate your claim at no cost or obligation.
Please click here for a free evaluation of your Porter Ranch Gas Leak claim
Last updated on Mar-18-20

Los Angeles (April 26, 2016) (Press Release): A Los Angeles Superior Court will hear arguments tomorrow in the Southern California Gas Company case regarding continued relocation of residents from the Porter Ranch well blowout. This hearing follows the reversal by the California Court of Appeal of another superior court judge who rejected the County’s request for additional time before residents are asked to return. The Honorable John Wiley, Jr. will hear from Plaintiffs and Gas Company lawyers regarding a number of additional issues, including the right of experts jointly retained by the law firms representing residents to inspect the site or whether the CPUC has exclusive jurisdiction over such discovery.READ MORE
Save Porter Ranch and 24 Residents File Class Action Claim

Los Angeles, April 19, 2016 (Press Release): - Save Porter Ranch discovered public records showing the Division of Oil, Gas and Geothermal Resources (DOGGR) knew of leaking wells and yet DOGGR repeatedly issued permits to SoCalGas without the proper data showing gas would be confined underground. One example is API 03721313 (32F). Well 32F had a patch installed in 1986, but SoCalGas removed the patch in 2010. Well 32F has not passed any mechanical integrity tests since 2010. As of today, 32F still does not pass any tests and is a significant risk to the health and safety of the community. This is just one example of records showing DOGGR knew of the leaking wells and continued to issue permits.READ MORE
689 Residents Living Near Porter Ranch File First Wave of Claims Against the State of California for Gas Injection Well Blowout

Posted by
Brian Lattimore
on February 19, 2016
I live in San Fernando California 91340, suffering effects from Porter Ranch Gas leak, took a letter from My Doctor (Kaiser Permanente Panorama City), was let in but was asked my area code, 91340 San Fernando, and the sign in sheet was pulled from Me and was told by two young lady Gas Company workers that they were only assisting people in the Porter Ranch, Granada Hills, Chatsworth and North Hills even tho TV ad stated help extended to San Fernando and Sylmar. I gave them My letter from my Doctor from Kaiser, they read it which stated concerns My Doctor had about My symptoms including headaches, fatigue, unusual bleeding and that he was concerned they were related to the gas leak in Porter Ranch. SoCal Gas workers called Security from outside to come in and escort me out. Can't get help from anyone, but suffering medical issues my Doctors are concern are being caused by the gas leak.
Posted by
Skye Ashly
on January 12, 2016
How far does this gas leaking go beyond Porter Ranch? It can't just disappear. Does it reach Sylmar, Santa Clarita Valley?
Posted by
HARSHAD GAJJAR
on December 27, 2015
TOXIC EXPOSURE TO BTH AND OTHER TOXINS EMITED BY THE LEAKING WELL AT PORTER RANCH