Another Month, Another 300 Syngenta Lawsuits

In only one month, the number of Syngenta lawsuits has reportedly grown by 300, to almost 1,800 GMO corn seed lawsuits. That jump in the number of Agrisure Viptera and Agrisure Duracade lawsuits reflects anger on the part of farmers, who say they were sold products that cannot be exported to China. 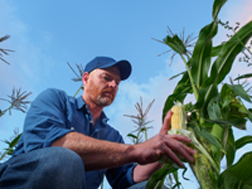 According to court documents, the lawsuit was filed by Five Star Farms and other farms, and alleged farmers were sold Syngenta corn seeds that were not approved for sale in China.

“It [Syngenta] had been previously warned by industry participants not to introduce another MIR genetic trait because of lack of approval in export markets, and the devastating consequences that could occur from such premature commercialization,” the lawsuit alleges. The lawsuit later argues that Syngenta was warned a year later to “stop its overly aggressive commercialization” because China had still not approved MIR162, a genetic modification to corn seeds.

Those devastating consequences reportedly occurred when China discovered US exports were contaminated with the still unapproved MIR162 and began rejecting US corn shipments. Then, in 2014, industry participants reportedly told Syngenta to stop commercializing Agrisure Viptera and Agrisure Duracade - both of which contained MIR162. The reason? Industry participants were allegedly “gravely concerned about the serious economic harm” to those in the industry, including farmers, caused by the loss of the Chinese market.

More SYNGENTA GMO CORN SEED News
At the time, the economic harm ranged somewhere between $1 billion and $2.9 billion, according to industry insiders cited in the lawsuit. Instead of stopping commercialization, however, Syngenta continued marketing Agrisure Viptera and launched Agrisure Duracade. In continuing its practices, Syngenta allegedly misled farmers and industry participants about its application for approval in China.

As of May 15, 2015, there were 1,788 lawsuits consolidated in a multidistrict litigation for pretrial proceedings. That’s up from 1,477 lawsuits consolidated as of April 15. Consolidation of lawsuits is not a comment on the merit of the lawsuits, it is simply an agreement that the lawsuits have similar questions of fact and would be more efficiently joined together for pre-trial proceedings.

Click to learn more about LawyersandSettlements.com
LawyersandSettlements.com - A trusted, independent legal news provider bringing quality news and information on legal cases and lawsuits filed in the United States of America to its readers since 2002. Over 650,000 legal help requests including Food and Drink, Business Frauds, and Environment Cases have been forwarded to lawyers all across to the country.