The number of Syngenta Lawsuits emerging from the Syngenta GMO Corn Seed debacle involving rejected shipments from China is demonstrative of the ordinarily harsh realities of farming. It’s a tough life, exposed as one is to drought, floods, pests and other natural disasters. Oddly enough, Syngenta genetically modified seed is designed to repel pests and help make a farmer’s life a bit easier. But allegedly jumping the gun on China’s acceptance of the GMO trait had the opposite effect. 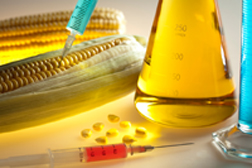 Farmers, handlers and processors are going to the courts in droves. Three new Syngenta lawsuits were launched May 7, putting the number of cases closing in on 1,500. Legal pundits expect that number to grow.

The multidistrict litigation is In Re: Syngenta AG MIR162 Corn Litigation, MDL No. 2591. At issue is a recommendation by Syngenta that farmers plant Viptera corn seed and/or Duracade corn seed in an effort to increase yields and eliminate pests through the use of trait MIR162 in the modification of the GMO corn. The majority of countries on the US exportation roster had already approved MIR162. Syngenta believed approval by China was imminent, and therefore strongly promoted Syngenta GMO corn to farmers.

When those crops were subsequently exported to China, they were turned away. The Republic had yet to approve the trait. What made matters worse, due to the mixing and handling of corn during the distribution process, corn not grown with the MIR162 strain was exposed and intermingled with corn containing the GMO trait. That resulted in all corn exports from the US turned away from China for a significant period of time until the Republic finally gave MIR162 the green light.

But the damage had been done. Corn prices in the US plummeted, and farmers not having adopted use of the Syngenta GMO corn were nonetheless adversely affected due to intermingling during processing. Farmers, already dealing with the usual stresses and harsh realities of farming, were now facing unthinkable setbacks. The National Grain and Feed Association estimated the debacle cost American farmers $1.14 billion in losses for the last nine months of 2014.

Not hard to imagine, then, the parade of Syngenta Genetically Modified Corn Seed Sales lawsuits. In February, Wisconsin corn growers filed a class-action lawsuit in federal court that coincides with actions filed in Minnesota, Illinois, Iowa, Missouri and Wisconsin.

“Wisconsin grows 9 percent of our nation’s corn,” said an attorney close to the proceedings. “Syngenta’s misconduct compromised the integrity of the corn market. Syngenta rushed its product to increase its own profits without regard to the fact that its actions significantly damaged the price of corn being sold by Wisconsin farmers.”

More SYNGENTA GMO CORN SEED News
Meanwhile, as a side bar to this story, Monsanto Co. is reported to have attempted a takeover of Syngenta AG, but the latter rejected Monsanto’s $45 billion bid, saying that Monsanto’s offer undervalues the worth of the company and underestimates the level of regulatory and antitrust scrutiny a potential merger of Monsanto and Syngenta AG might have.

Click to learn more about LawyersandSettlements.com
LawyersandSettlements.com - A trusted, independent legal news provider bringing quality news and information on all legal cases and lawsuits filed in United States of America to its readers since 2002. Over 250,000 legal help requests including Food and Drink, Business Frauds, and Environment Cases have been forwarded to lawyers all across to the country.