In the wake of the recent cantaloupe recall, reportedly the deadliest food recall in years, cantaloupe food poisoning lawsuits have been filed, alleging consumers were seriously harmed from eating food linked to the 2011 cantaloupe recall. Although the death toll linked to the Rocky Ford cantaloupe has not risen in a few days, there is still the possibility that patients could fall ill from the cantaloupe, because listeriosis has a long incubation period. 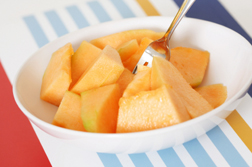 The death toll linked to the recalled cantaloupe sits at 29, with one woman reportedly suffering a miscarriage after eating the contaminated fruit. An additional 139 people in 28 states fell ill after allegedly eating cantaloupe contaminated with listeria. The ages of those who died range from between 48 to 96.

The outbreak was linked to Rocky Ford cantaloupes, produced by Jensen Farms in Colorado. A US Food and Drug Administration (FDA) investigation of the Jensen Farms site reportedly showed unsanitary packing conditions and dirty equipment. According to the FDA, the equipment, which had previously been used to wash and dry potatoes, was corroded and difficult to clean. Furthermore, the farm reportedly does not use a process called pre-cooling before storing cantaloupes. Failure to pre-cool cantaloupes before putting them into storage can create conditions that are conducive to bacteria grow.

A wrongful death lawsuit was filed against Kroger, Jensen Farms and Frontera Produce, alleging the companies were negligent in the production, selling and distribution of listeria-contaminated cantaloupe. The lawsuit was filed on behalf of the estate of David Fontenot, according to The Record (11/03/11), and alleges Fontenot died from meningitis sepsis caused by listeria two weeks after he was admitted to the hospital with illness from eating the cantaloupe.

More CANTALOUPE RECALL News
Meanwhile, a lawsuit was filed against Walmart, alleging a listeriosis patient, Charles Palmer, became ill after eating cantaloupe reportedly purchased at the retailer. According to one attorney, retailers could face lawsuits, because the amount of claims from victims will add up to more than the insurance Jensen Farms carries.

At least eight lawsuits have been filed concerning the contaminated cantaloupe, although more could still be filed.

Symptoms of listeriosis vary but can include fever, muscle pain, stiff neck, gastrointestinal problems and confusion. Those most susceptible to listeriosis are people with compromised immune systems and the elderly. Because it can take two months for symptoms to arise, there is still a chance patients could become ill from eating the tainted cantaloupe.