Salad Mix Linked to Stomach Illnesses in Iowa and Nebraska

Stomach Illnesses in Iowa and Nebraska have been traced to salad mix from Mexico served in two restaurant chains over the past few months. More than 400 people in 14 other states have reported food poisoning from the cyclospora outbreak but it is not clear that the salad mix is the source in all affected states. 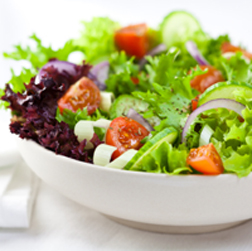 The salad mix was supplied to Olive Garden and Red Lobster, which are owned by Orlando-based Darden Restaurants. Darden spokesman Mike Bernstein said this is the first time he has heard of any illness, or had any concerns, about Taylor Farms de Mexico, which supplies produce to the food service industry. The FDA traced the illnesses from the restaurants in Nebraska and Iowa to a Taylor Farms facility in San Miguel de Allende, which is the only one out of 12 Taylor facilities associated with the outbreak.

Bruce Taylor, the chairman and CEO of Taylor Farms, said the plant, about 180 miles north of Mexico City, produced 48 million servings of salads for thousands of restaurants in the Midwest and eastern US in June, which is when the cyclospora outbreak started. Taylor added that the plant is working closely with the FDA to continue its investigation.

To date, Iowa reported 146 illnesses, Nebraska 81 illnesses and 113 reported in Texas, according to the Centers for Disease Control and Prevention (CDC). Nebraska reported its most recent known illness one month ago, said the CDC. The most recent illness occurred July 23 but a location was not specified. The CDC further said that packaged salad sold in grocery stores has not been associated to the outbreak. On August 2 Missouri health officials reported three confirmed cases of cyclospora infection, but a link to the bagged salad mix has not been confirmed.

More Foodborne Illness News
Cyclospora is a rare parasite that can damage a person's gastrointestinal system. Cyclospora infections are mostly found in tropical or subtropical countries and an individual can contract the parasite by drinking water or eating food that has been contaminated by another person, according to the Mayo Clinic. There is no person-to-person transmission. Symptoms, which include diarrhea, severe stomach cramps and/or nausea, typically don’t show up for almost a week and can last from a few days to a month if not treated. However, some people who have the parasite show no signs of infection.

The only way to determine whether a person has cyclospora is by taking a stool sample. The CDC recommends prevention by washing your fruits and vegetables in pre-packed produce washing mixes or using vinegar and water as a homemade wash to help decrease the chances of the parasite infecting your food.