A tragic tale of Foodborne Illness that happened on the other side of the world could easily have occurred here. In fact, the defendant in the Food Poisoning lawsuit was none other than Louisville, Kentucky-based KFC. 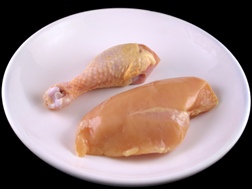 Last month, a judge in Australia awarded the family of a girl whose health was compromised allegedly by a KFC product the equivalent of US $8.3 million. KFC, according to an Associated Press (AP) report, will appeal the ruling.

According to the report, Monika Samaan was 7 years old when she contracted Salmonella Food Poisoning from a chicken wrap purchased and consumed at a KFC outlet in Australia, in 2005. The little girl was hospitalized in grave condition, spent months in a coma and has been left with irreparable brain damage.

The Samaan family brought a lawsuit with the assistance of a food poisoning lawyer. The judge in the Food Poisoning lawsuit, Justice Stephen Rothman of the New South Wales Supreme Court, ruled last month that KFC was responsible for the food poisoning and ordered the US $8.3 million award, plus legal costs. The family cannot collect, however, pending appeal.

In a statement published by ABC News April 27, KFC noted: "This is clearly a very tragic case but we are deeply disappointed and surprised by the judge's decision," Sally Glover, KFC Australia's Chief Corporate Affairs Officer, said. "We feel deeply for Monika and the Samaan family; however we also have a responsibility to defend KFC's reputation as a provider of safe, high-quality food."

Food poisoning can occur as the result of foodborne illness outbreaks—where groups of people are often affected by eating foods prepared and consumed at the same facility or buying products at retail made by manufacturers supplying to a large segment of the population. It can also occur as an individual case.

This is what allegedly happened at the KFC outlet identified by ABC News as located in Sydney, where the little girl consumed her chicken wrap and contracted foodborne illness, allegedly as the result of the wrap improperly prepared at the facility.

More FOODBORNE ILLNESS News
While the restaurant was located in Australia, it is a franchise of KFC, which is based in the US. Historically, fast-food chains regardless of location are required to operate with processes and protocols designed at the corporate level and implemented throughout the chain, regardless of location, in an effort to standardize both the preparation and the final product.

In most foodborne illness cases, patrons assume that food prepared at the establishment to which they have turned for a meal is done safely. The last thing on their minds is that they will become sick—let alone having their health and, ultimately, their futures comprised for the remainder of their lives.

Foodborne illness cases such as salmonella take the largest toll on children, the elderly or those with weakened immune systems. The tragic story of Monika Samaan was published in the April 27 issue of the Courier-Journal.