Starting a New Year with an Old Problem: Foodborne Illness

Two cases of potential Foodborne Illness serve as a reminder that one can't always assume the food one eats in a public establishment will not leave one clutching one's stomachs after the fact. There are so many issues at play—from the way in which food is handled and prepared at a restaurant, to the path that food may have taken from a supplier. Two recent news items give pause… 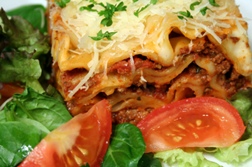 The Associated Press (AP) reported earlier this week that a cruise ship was delayed from departing as scheduled from New Orleans on February 4 due to an outbreak of a stomach virus. Voyager of the Seas, a 3,100-passenger cruise liner operated by Royal Caribbean Cruises had been ready to set sail on a 7-day excursion when the delay occurred.

While food poisoning was not specifically mentioned, the Centers for Disease Control and Prevention (CDC) in Atlanta sent out a notification on Friday, February 3 that a cruise might be coming into port with a norovirus outbreak. The CDC said little beyond the notification. However, a report from CBS News affiliate WDSU reported February 5 that about 200 passengers aboard the cruise ship had become ill.

Norovirus is thought to be responsible for about half of all foodborne outbreaks in the US. A headline such as "Food Poisoning" on a cruise ship is disconcerting, as such a vessel acts as a closed community, and while there is medical treatment available on board, access to a proper hospital is virtually impossible until the cruise ship pulls into port. While an individual could be transferred to a hospital by helicopter, the foregoing is not an option if an outbreak involves hundreds of people.

Meanwhile, a report from the CDC released January 19 stopped short of naming Yum Brands Inc. Taco Bell in its report on a salmonella outbreak that affected dozens of people in 10 states this past October. However, according to International Business Times News (2/2/12), a document from the Oklahoma State Department of Health's Acute Disease Service referenced Taco Bell.

More FOODBORNE ILLNESS News
It should be noted that the outbreak that led to 43 suffering foodborne illness likely had its foundation in contamination occurring at the supplier level, in food destined for Taco Bell restaurants. The fact that the outbreak occurred across 10 states and several restaurants appears to support that hypothesis.

In its report, the CDC indicated it could not find a link between the salmonella outbreak and a specific ingredient.

Taco Bell issued a statement echoing the CDC's finding that contamination happened at the supplier level before food was delivered to the affected restaurants. "We take food quality and safety very seriously," the statement said.

Previously, Taco Bell has been linked to two other outbreaks within the past six years. The most recent, in 2010, resulted in 155 people sickened with foodborne illness in 21 states following two outbreaks of rare strains of salmonella.