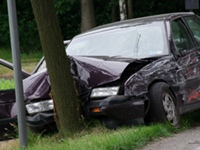 Missouri accidents are no worse or no less devastating than traffic accidents anywhere else. Nonetheless, when a traffic accident happens to you—as they do for thousands of Americans each day—you tend to think that yours represents the absolute worst thing that could have happened to you.
Read [ Kansas City Bears Brunt of Liability for Missouri Traffic Accident ]

What could have been one of the most tragic Missouri car accidents resulted in 20 people being sent to hospitals in and around St. Louis at the end of February. In all, 31 cars were involved in the Missouri car crash, which could have had much worse consequences for drivers and passengers. Like many Missouri traffic accidents at this time of year, officials say weather was at least partly to blame.
Read [ Missouri Accidents Blamed on Weather Forecast ]

The snow and icy conditions that have affected a number of states during this winter of endurance have taken their toll on motorists. One of the latest in the roster of Missouri accidents occurred just as the calendar clicked over into February. Far from being concerned with the pending appearance of the annual groundhog February 2, a Missouri Highway Patrol (MHP) officer is lucky to be alive.
Read [ Winter Weather Takes Toll in Missouri Accidents ]

Alcohol not the Only Cause of Impaired-Driving Accidents

A man who was involved in a Missouri car crash faces charges of felony first-degree involuntary manslaughter after his Missouri car accident resulted in the death of his wife. Drivers who use drugs and are involved in Missouri accidents can face harsh penalties as a result of their Missouri auto accidents.
Read [ Alcohol not the Only Cause of Impaired-Driving Accidents ]

Was Fatal Missouri Accident an "Act of God?"

A Missouri rail accident back in March that killed a rail conductor and injured an engineer was found to have been caused by the railroad track's drainage system, according to an investigation by the Federal Railroad Administration (FRA). Such Missouri accidents, like all rail accidents, are thoroughly investigated.
Read [ Was Fatal Missouri Accident an "Act of God?" ] 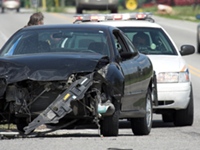 A woman filed a lawsuit on October 20th over injuries sustained in a Missouri car crash that occurred in August 2009, according to the Madison-St. Clair Record.
Read [ Woman Files Suit Over Injuries from Missouri Car Crash ]

Two separate Missouri accidents have claimed three lives in the last few weeks—two in traffic accidents and one involving a pedestrian. One of the victims was a passenger in a car that was struck by another vehicle after the driver went off the road and over-corrected.
Read [ Lack of Fence near Shopping Center Could Result in Further Missouri Accident Injury ]
Page: 1  2     Next»