Missouri Accident: Negligence and a Lawsuit

Victims of Missouri car accidents may think they have no recourse to recover damages if they were at fault in the accident. However, Missouri follows a system of negligence that allows people injured in car accidents to file claims, even if their actions contributed to their injuries. 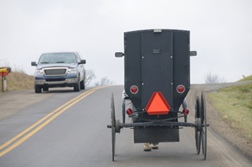 This means that even if a driver feels responsible for an accident, he would be wise to contact an attorney, because he could recover some compensation for his medical expenses, lost wages and damage to his vehicle.

More MISSOURI ACCIDENTS News
Missouri roads have many hazards driver should be aware of. An accident on May 13 involved an Amish buggy and two cars, one of which was parked. The driver of the buggy attempted to avoid a car that was parked on the shoulder of the highway. As he maneuvered around the car, his buggy was struck by a vehicle, which then went off the highway. The driver of the car, who was reportedly not wearing a seatbelt, was taken to hospital for treatment of moderate injuries.

Meanwhile, the parents of a man who was killed by an underage drinker in a hit-and-run accident sued the hosts of a party where the driver had been drinking. According to the lawsuit, the deceased was out walking when he was struck by the 20-year-old drunk driver. Also named as defendants in the suit, according to the 4/27/10 edition of the Kansas City Star, are the two passengers in the car who allegedly encouraged the driver to drive in a reckless manner.

The driver of the vehicle faced a separate lawsuit, which was settled. He served 120 days in prison after he pled guilty to involuntary manslaughter and leaving the scene of an accident.