What could have been one of the most tragic Missouri car accidents resulted in 20 people being sent to hospitals in and around St. Louis at the end of February. In all, 31 cars were involved in the Missouri car crash, which could have had much worse consequences for drivers and passengers. Like many Missouri traffic accidents at this time of year, officials say weather was at least partly to blame. 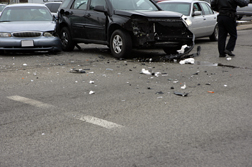 According to an article published in the Chicago Tribune (02/23/11), this Missouri car accident happened when a UPS tractor-trailer lost control. A car crashed into the UPS vehicle, and then more and more vehicles added to the pileup. Included in the accident were some of the rescue vehicles dispatched to help the victims, including two fire trucks and two ambulances. By the end, at least 30 vehicles were involved in the pileup.

Missouri Department of Transportation officials said they were caught off guard by freezing rain, which left them unprepared for the icy road conditions. Although 100 trucks were on the road spreading salt by 5:00 am, they were not able to reach all icy sections, which resulted in the accident on Highway 64/40.

Emergency workers who responded to the crash said it was almost impossible to get to victims because the cars were jammed together. Victims were taken to nearby hospitals.

More MISSOURI ACCIDENTS News
At this time of year, weather and road conditions are often blamed for car accidents. In some cases, drivers fail to account for icy roads and do not leave enough space between them and the car ahead. In other cases, fog or snowy conditions make visibility a problem. In such circumstances, the number of cars involved in an accident can pile up, increasing the likelihood that someone will suffer a life-threatening or permanent injury.

Rescue crews are not immune to accidents, either. A car accident in Kansas City could have turned deadly when both a fire truck and an unmarked police car responding to the scene were hit in separate incidents. No one in either the fire or police department was hurt, according to the Kansas City Star (02/26/11), although the drivers of the other vehicles were taken to the hospital with non-life-threatening injuries.

If you or a loved one have suffered losses in this case, please click the link below and your complaint will be sent to a personal injury lawyer who may evaluate your Missouri Accidents claim at no cost or obligation.
Request Legal Help Now

Click to learn more about LawyersandSettlements.com
LawyersandSettlements.com is an online news and information site for the general public and legal community. As a legal news resource, we have emerged as an independent & trusted voice. We provide detailed and quality information on various lawsuits filed including Accidents, Automotive accidents, and Personal Injury Cases.