Were you looking for Missouri Accidents lawsuits?
Missouri car accidents constitute a serious threat to the public. Each year, thousands of people are injured and hundreds are killed in a Missouri car crash. These car accidents can result in serious, permanent injury and even death for people involved. People who survive their Missouri automobile accident may face years of rehabilitation and therapy, not to mention lengthy hospital stays and surgery.

Send your Missouri Car Accident claim to a lawyer who will review your claim at NO COST or obligation.
GET LEGAL HELP NOW 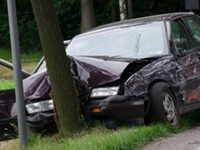 Negligence in car accidents takes a variety of forms. These include failure to stop at a light or stop sign, failure to yield to another vehicle, failure to yield to a pedestrian, and, sometimes, driving while distracted (including talking on a cellphone). The exact definition of negligent driving varies from state to state. For example, in Missouri it is illegal for a driver under the age of 21 to text while behind the wheel. Furthermore, the graduated license system puts restrictions on new drivers behind the wheel at night. 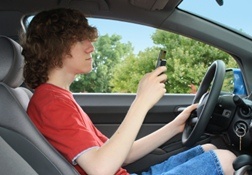 Missouri uses the principle of pure comparative negligence when determining liability in a car accident. This means that in the case of a car accident, the injured party can recover damages for his injury even if he was 99 percent at fault for the accident. In this situation, however, the victim's awarded damages are reduced by the amount of fault the victim is responsible for. For example, if the injured party is 35 percent responsible for the accident, his award will be reduced by 35 percent.

In cases of injury caused by negligence, the injured party may be able to sue the driver of the other vehicle, passengers in the vehicle, and, in the case of vehicles driven for commercial use, the owners and/or operators of those vehicles.

Defective automobile parts can play a role in serious car accidents and can result in harm to a vehicle's occupants. 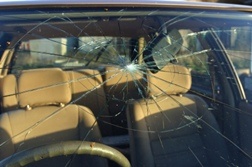 In the case of injuries caused by automobile defects, the injured party may be able to sue the maker of the defective part, the automobile manufacturer and the companies or individuals responsible for repair and maintenance of the vehicle.

In Missouri, it is illegal to drive with a blood alcohol concentration (BAC) of .08 or higher. That limit is .04 for commercial drivers and .02 for drivers who are under the age of 21. In Missouri, Driving Under the Influence (DUI) is the same as Driving While Intoxicated (DWI). The DWI includes alcohol and/or drugs. It is illegal for drivers in Missouri to operate a vehicle with any amount of a controlled substance (such as marijuana or cocaine) in the blood. 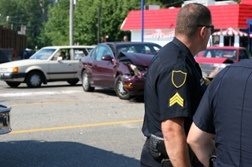 All drivers who are suspected of driving while intoxicated must submit to a chemical analysis of their blood, breath or urine.

If someone is injured as a result of another driver's DWI, the intoxicated driver could spend time in jail. Furthermore, the injured party may be able to sue the person or persons responsible for the accident. This includes the driver of the vehicle, the business that sold the driver alcohol, and/or individuals who provided alcohol to the driver.

If you or a loved one has suffered damages in this case, please click the link below and your complaint will be sent to a lawyer who may evaluate your claim at no cost or obligation.
Please click here for a free evaluation of your Missouri Car Accident claim
Last updated on Nov-24-10