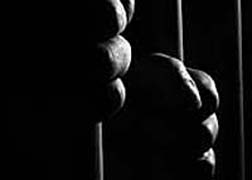 According to the news provider, John McNamara received 13 years for involuntary manslaughter and four years for second-degree assault after he struck the car of the 22-year-old student, killing her.

McNamara had reportedly pleaded guilty to both charges, admitting that he had been drinking when he hit the left rear of a Pontiac G6 in which the student was a passenger. Authorities said that McNamara was driving 152 miles per hour just prior to the accident and had a blood alcohol level of .171, more than twice the legal limit.

The family of the student, who graduated from the university posthumously with honors in December, described her as a youth minister, teacher and resident mother for her sorority.

The student's parents and the Platte County prosecutor testified to McNamara's previous convictions including a number of speeding tickets and a prior DWI in 2005, according to the news source.

Click to learn more about LawyersandSettlements.com
LawyersandSettlements.com - A trusted, independent legal news provider bringing quality news and information on legal cases and lawsuits filed in the United States of America to its readers since 2002. Over 650,000 legal help requests including Personal Injury Cases, and Accidents have been forwarded to lawyers all across to the country.