In September 2006, Matt Varble installed a tankless water heater in a new home he built. Just a few months later, he had to buy a house ventilation system. "Had I known about the defective heater, I could have saved thousands of dollars," says Varble. Not to mention how close his family came to C02 poisoning. 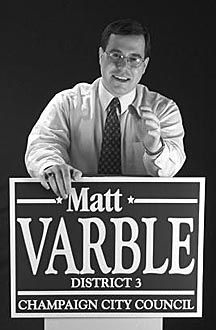 "On Christmas Day 2006, I was sitting in the living room with my toddler son and my wife when the CO detector/alarm in the main living area went off indicating there was too much CO2 in the air within my brand new house," says Varble. "I immediately opened all the windows and then I spent over $1,000 to purchase and install a whole house air exchanger system to ventilate the air in the entire house because I couldn't determine the source of the CO2 emissions and was afraid of CO2 poisoning. Now it is apparent that it was probably coming from the Tankless hot water heater.

So that's $1,000 needlessly spent due to this defective product. Plus the heater itself is about 2-3 times more than a regular heater. Tankless water heaters are expensive because they only heat water when you need it. It is supposed to be energy-efficient. Here I think I am doing the right thing (and I get a $300 energy tax credit back); there are a lot of incentives to save energy and reduce natural gas usage, but this product has backfired.

Had I not seen your website, I wouldn't have been aware of this problem. I saw pending class action lawsuits and came across tankless hot water heaters and said to my wife, 'ohmigod, we have that exact same product'. I contacted the manufacturer and they are sending a technician to inspect and/or repair the unit.

But again thanks to your website, I was able to contact an attorney right away. He says there isn't any guarantee that a repair will fix the problem; it is something the law firm is looking into. Ideally I want a new machine rather than fixing this defective one, mainly due to safety concerns -- I have a two-year old and a pregnant spouse. I don't want my family to be subject to any danger. This vent system was an expensive solution to a problem that could have been fixed less expensively and sooner.

If your tankless water heater has lead to carbon monoxide poisoning, please contact a [Tankless Water Heaters] lawyer who will evaluate your claim at no charge.
Request Legal Help Now