Were you looking for Implantes de Cadera Defectuosos lawsuits?

Send your Defective Hip Implant claim to a lawyer who will review your claim at NO COST or obligation.
GET LEGAL HELP NOW 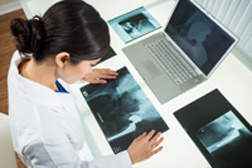 Hip replacement devices are expected to last between 10 and 20 years. Some newer-generation hip replacement devices, however, have been linked to a higher failure rate in a shorter time. A number of devices have failed within five years and some within just 18 months. In most cases, the high failure rate has been blamed on metal-on-metal (MOM) components, while other complaints have been attributed to fractures near the device, loosening of the device, instability due to joint dislocation, metal debris being absorbed by the patient's tissue and unusual wear and tear. These hip replacement failures have led to thousands of patients needing hip revision surgeries, which can cause its own set of complications. 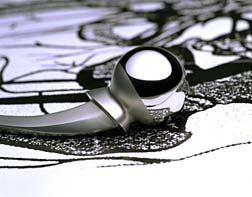 The FDA classifies metal-on-metal hip systems as Class III (higher risk) devices, but the agency regulates them under the 510(k) premarket notification program. The program allows companies to get their products on the market without rigorous testing if they are similar enough to an already-approved product. One of the biggest concerns about hip replacement devices revolves around metal-on-metal hip replacement systems, in which a metal ball (the femoral head), a metal femoral stem and a metal cup are used to make up the device. Metal components of the “ball-and-socket” grind together with movement. Over time, this can cause metallosis, where tiny bits of metal accumulate in the hip joint and get into the bloodstream and resulting in tissue damage and systemic toxicity.

The failure rate for metal-on-metal devices is shown to be significantly higher than the failure rate of hip implants made from other materials. One report estimated the failure rate of certain devices was 30 percent within six years. The FDA has warned of risks associated with metal implants, and numerous studies have shown premature device failure. The National Joint Registry in the UK found that approximately one in 12 recipients of MOM devices may require corrective surgery within five years of implantation. A study published by The Lancet (2012) shows that some metal-on-metal implants fail within five years. And a 2015 study concluded that clinicians “must remain vigilant and be thorough with their assessment and investigation of patients” with MOM implants. The British Medical Journal (BMJ Open, April 2016) reported that investigators found an "unacceptably high" risk for failure and revision surgery associated with a commonly used metal-on-metal hip implant may be partly attributable to the use of components that were outside of stated manufacturing tolerances. They investigated Pinnacle MOM 36-mm implant, the most common MOM hip device and found the MOM total hip arthroplasty “has not lived up to clinical expectations…Although the use of MOM hip devices has declined dramatically in the past 5 years, hundreds of thousands remain in situ, with the long-term future uncertain.”

After MOM hip implants were approved via the 501(k) process the devices were found to express small amounts of metal and metallic residue through wear, causing inflammation of surrounding tissue and introducing metallosis, which is highly toxic.

The Daily Telegraph (April 2016) released documents proving that at least one company, Johnson & Johnson’s DePuy Orthopedic unit, was aware of these problems for decades and did not warn surgeons or patients. The company chose instead to market all-metal hip replacements toward younger and more physically active patients, telling orthopedic surgeons that the implants would last longer and be more durable.

Hip Replacement Lawsuits The majority of hip implants named in lawsuits have metal-on-metal designs, which were marketed to active, younger patients. Manufacturers claimed the devices are more durable and would last longer than devices already on the market, such as metal-on-polyethylene and ceramic-on-ceramic models. The following hip implant manufacturers and products have been named in lawsuits:

The DePuy Orthopaedics ASR hip replacement system is a metal-on-metal hip replacement device. The ASR XL Acetabular System was recalled in August 2010, amid reports of a higher than normal failure rate. Among the issues allegedly linked to the DePuy ASR XL was the releasing of metal particles that came off the device and entered into the blood stream, causing problems with the nervous system and heart, and potentially causing cobalt poisoning. Furthermore, the metal particles could cause damage to the bone and/or tissue surrounding the implant, which could result in loosening of the implant.

The DePuy Pinnacle is a hip implant system that allows the surgeon to determine whether the liner inserted in the cup is metal, ceramic or polyethylene. The Pinnacle is linked to a high failure rate due to the stem loosening and falling out of the cup.

DePuy Hip Implant Lawsuits and Settlements In November 2013 Johnson & Johnson settled more than 8,000 lawsuits for $4 billion. In March 2015, DePuy extended the settlements to cover an additional 1,800 claims, with an additional cost of $420 million. After DePuy ASR lawsuits were filed, the company’s own test results showed that they knew the 5-year failure-rate, which resulted in the recall, was actually 40 percent.

Nearly 10,000 lawsuits have been filed by people who were injured by the DePuy Pinnacle, an all-metal hip implant that was not recalled. Johnson & Johnson and its subsidiary Depuy Orthopedics in December 2016 was ordered by a Dallas federal jury to pay more than $1 billion in damages to six plaintiffs. Another jury awarded $502 million to five people in March 2016.

DePuy lawsuits involving its Pinnacle hip implants are still being filed. One case involving 10 plaintiffs is scheduled to begin in September 2017.

Zimmer-Biomet Hip Implant Failure Sales of the Zimmer Durom Cup were suspended on July 22, 2008, due to issues with the surgical technique instructions. At the same time, Zimmer reported that problems with the hip post surgery required revision up to 5.7 percent of the time.

Biomet Hip Replacement Failure (Zimmer bought Biomet in 2015) Biomet hip replacements are metal-on-metal implants that were allegedly linked to a high failure rate, possibly due to metallosis (metal poisoning, caused when metal debris is absorbed by the patient's tissue).

As of March 2017, Zimmer had sold about 148,000 of the M/L Taper Hip Prosthesis with Kinectiv Technology (MLKT) hip replacements nationwide. It is comprised of multiple components, including a cobalt-chromium head and a titanium neck and stem. Attorneys investigating Zimmer Biomet hip lawsuits claim the MLKT implant’s combination of metals creates a risk of generating metal debris that can lead to metallosis (metal poisoning). Zimmer is also accused of inadequately testing the device for safety.

Zimmer and Biomet Hip Implant Lawsuits and Settlements Zimmer settled most of its Durom Cup lawsuits in March 2016 for an estimated $314 million. As of March 2016, there were 466 cases still pending in the Multi-District Litigation (MDL).

In March 2017, a judge in New Mexico ordered Zimmer Inc. to pay $2 million to a man who was injured by a Zimmer Kinectiv hip implant system. The plaintiff suffered metallosis after hip implant surgery with the M/L Taper Hip Prosthesis with Kinectiv Technology (MLTK) and a cobalt-chromium head in 2010. He required a second revision surgery in 2011.

The FDA also issued a recall of Smith & Nephew's Tandem Bipolar Hip System on Nov. 3, 2016 due to defective retainer grooves on some of the devices. The manufacturer took the BHR device off the market in June 2015 due to similar high failure rate.

Smith & Nephew Hip Implant Lawsuits and Settlements In January 2017, a woman in Texas filed a hip implant lawsuit claiming that she had a Smith & Nephew Birmingham hip implanted in 2007 but the device failed prematurely, she developed metallosis and had to undergo revision surgery. The hip implant lawsuit also alleged that Smith & Nephew failed to meet post-marketing surveillance and reporting requirements designed to make sure that the hip replacement system was safe and effective.

Stryker Hip Implant Failure In July 2012, Stryker recalled its Rejuvenate and ABG II modular-neck stems from the market due to reports of fretting and corrosion.

In the majority of cases, the Stryker Rejuvenate hips were failing within five years and some within just 18 months. Although Stryker had returned to marketing more traditional materials such as ceramic after MOM models failed, the metal neck and stem was found to emit metallic debris under some conditions through wear, resulting in similar problems faced by full metal-on-metal devices.

Stryker Hip Implant Lawsuits and Settlements Stryker settled most of its hip implant cases in 2014, with an agreement totalling about 1.4 billion. In December 2016, the settlement was extended to cover additional plaintiffs. State-based Stryker lawsuits in June 2017 were consolidated in New Jersey against Howmedica Osteonics Corp., a subsidiary of Stryker Corp., involving its LFIT Anatomic Cobalt Chromium V40 femoral heads. Federal defective hip implant lawsuits were consolidated in federal court in Massachusetts in April 2017.

Wright Hip Implants Data from the Australian Joint Registry found that the Wright Profemur Z hip implant, manufactured by Wright Medical Technologies (based in Arlington, TN), was associated with an 11.2 percent failure rate at the three year interval. According to the registry report, the femoral neck of the Wright Profemur Z hip system fractured and broke in the patients, causing pain and potentially resulting in permanent physical damage.

Wright Profemur Hip Implant Lawsuits and Settlements In 2015 a jury awarded $11 million in defective products class action lawsuit against Wright Medical Technology. In 2016 the amount was reduced in punitive damages from $10 million to $1.1 million. The court let stand the $1 million award for compensatory damages. In November 2016, Wright settled 1,292 claims involving its Conserve, Dynasty and Lineage implants for $240 million. There were 586 cases pending in the Georgia MDL in March 2015.

As of March 2017, more than 13,000 metal-on-metal hip cases are still pending in multi-district litigations (MDLs) across the US. Most of those cases are expected to be resolved through settlement agreements. However, hundreds of people not covered by the settlements are still waiting for their day in court. And hip implant attorneys are still filing lawsuits. If you have had revision surgery to replace defective hip implants, you may be eligible to file a lawsuit.
Please click here for a free evaluation of your Defective Hip Implant claim
Last updated on Jun-15-17

Johnson & Johnson has come up with $1 billion dollars to settle as many as 95 percent of the 6,000 lawsuits filed by patients who needed to have metal-on-metal Pinnacle hip implant devices removed due to severe pain. This amount includes a prior settlement for over $400 million.READ MORE
Johnson & Johnson Settles Deceptive Hip Implant Marketing Lawsuits for $120 Million

Johnson & Johnson (“J&J”) has agreed to pay $120 million to the attorneys general of 46 states and Washington, D.C. to settle claims that the company made unfair and deceptive statements in the promotion of its ASR XL and Pinnacle Ultamet hip implant systems. A separate agreement is expected to resolve most of the thousands of consumer-driven defective hip implant lawsuits against J&J and its DePuy unit.READ MORE
The Curious Case of the Disappearing DePuy Damages

Posted by
Chris Mcclure
on November 25, 2018
my mom had a hip replacement year 2005, she later had a femur fracture on the same side, could the hip replacement have been the cause?
Posted by
Linda Jordan
on July 4, 2017
I had right hip replacement in June 2014.told the surgeon something was not right. I didn't have insurance, still don't.I live in pain everyday. My hip rolls around, pops, even bulging out far enough, it's noticeable with my jeans on. You can clearly see it is dislocated. I owe my surgeon, he refuses to see me.He saw me for 3 months after the surgery. I was told his job was done. Have called and called, trying to get him to help me. Been to the ER a bunch! They tell me to go to the surgeon. And it is definitely a hip replacement failure.
What do I do?I can't get pain meds.Some days, I just want it to end, the pain is unbearable.
Posted by
John D. Asj
on March 28, 2016
Both my hips have been replaced 2009 2010 my left pops when I walk, my right hip area is very pain full low right back.