Were you looking for Stryker Triathlon Knee Implant Injury lawsuits?
Lawyers are investigating complaints concerning the Stryker Citation, Stryker Meridian and Stryker Accolade hip replacement devices. The issue is not that the devices themselves are defective, but that when they are arranged in a certain way, they may be more likely to cause metallosis in some patients. Some complaints have been made about pain in the area of the hip replacement devices.

Send your Stryker Hip claim to a lawyer who will review your claim at NO COST or obligation.
GET LEGAL HELP NOW 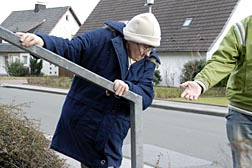 All three hip replacement devices—the Citation, Meridian and Accolade—are actually an assemblage of parts that doctors put together when they perform the implant. There are reportedly a number of options for how the doctor can assemble the devices and, when a certain assemblage is used, metallosis may occur.

Metallosis is caused when metallic debris comes lose from a hip replacement device and is absorbed by the surrounding tissue. It can cause degradation of the muscles and bone in the area, furthermore, if the debris enters the bloodstream, it can travel throughout the patient's body, causing other illness. Metallosis has been reported in other metal-on-metal hip devices, in some cases causing hip implant failure and requiring revision surgery. There is no link yet to these devices and hip implant failure. 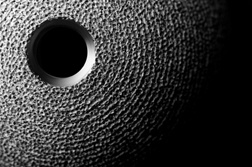 In the cases of the Citation, Meridian and Accolade, surgeons were given an option for how to assemble the devices. If the surgeon used an L-Fit, V-40 Chromium Cobalt head but does not use the ceramic head—which acts as an insulator—between the chromium-cobalt and the cup, the metals come into contact with each other, which attorneys believe can lead to metallosis, releasing cobalt and chromium into the patient's tissues.

Patients who have pain around the site of their hip implant should first check their surgical records to see which device was implanted to replace their hip. If they have a chromium cobalt head (which would be identified by a code number on the surgical records), a blood test must be done to determine if the patient has metallosis. This cannot be shown on an x-ray or CAT scan. The only way to show metallosis is through a blood test.

Houston, We Have a Problem with DePuy ASR Hip Replacement

Southlake, TX: Some DePuy ASR hip replacement patients are having problems finding a surgeon to perform revision surgery. Besides having to deal with a defective medical device, surgeons are in a dilemma and the FDA could have done more to help patients.READ MORE
Attorney: Stryker LFIT V40 Femoral Head "Prone to Catastrophic Dislocation"

Dallas, TX: Lawsuits have been filed against the maker of the Stryker LFIT V40 femoral head, alleging patients were harmed by use of the hip implant component. Issues associated with the Stryker LFIT V40 femoral head reportedly result in failure of the device, requiring patients to undergo revision surgery to fix the problem. Dr. Shezad Malik, founder of the Dr. Shezad Malik Law Firm, is investigating potential claims against Stryker.READ MORE
Stryker Hip Replacement Lawsuits to Move Forward

Posted by
Janice DeJoseph
on March 4, 2016
I had a Trident/Meridian Hip replacement in 2007 and it was painful from day one, after years of trying to get a doctor to remove it I finally had a revision in May 2015 the Dr apologized for waiting because he realized during surgery that the hip was not attached and had no bone growth the exact problems typical of this recalled hip. Stryker is offering to pay for the out of pocket expenses but I don't know what is the best way to handle this situation. I have been thru hell & don't think that Stryker should get away with a slap on the wrist. Please advise. Thank you
Posted by
Anonymous
on April 18, 2014
My Aunt, age 85 had a total hip replacement using the Stryker Accolade system and has not recovered in 22 months. She has extreme pain in the groin when ambulating, or just moving her legs, getting dressed, bending down etc. She is now scheduled to have a total replacement again.
Posted by
Kansas
on February 7, 2014
In Dec. of 2004, I had my right hip replaced w/a stryker trident ceramic/ceramic hip system w/a meridian hip stem. In June of 2005, I had my left one replaced. The right hip has always been painful, and finally in Oct. of 2013, I had revision surgery on my right hip. I plan to have the left one replaced later on this year as it continues to pop and squeak and is becoming painful. I have hospital notes on the original as well as the revision surgery. In addition, I have photographs of tissue that had to be cut out during the revision surgery in order to complete the surgery. I also have the ceramic ball and cup that was removed - with obvious stress markings on both.