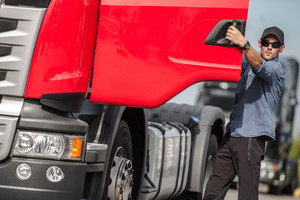 The Supreme Court’s decision in March to reject the California Trucking Association’s appeal regarding workers illegally misclassified by companies as independent contractors is a victory for the California Labor Commissioner, truckers and teamsters. While the decision doesn’t set a standard for determining whether an independent driver is an employee, workers may be considered employees under the California prevailing wage law.
Read [ California Truckers Keep Trucking – by the Hour ] 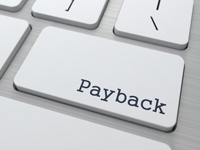 Santa Cruz, CA: In October 2015, two Spanish-speaking employees of Goodwill Central Coast were fired for reporting to their manager that another manager harassed them and threatened to kill one of them. Finally their case has been settled: a National Labor Relations Board judge ordered they be reinstated, with back pay. Also in federal court, Walmart is accused of wrongful termination and retaliation, both California labor law violations.
Read [ Blue and White-Collar California Employees Wrongfully Terminated, National Labor Relations Board Assists ]

Santa Clara, CA: Yet another California labor lawsuit has been filed against Google Inc. by a former software engineer who excelled at her work but, in the end felt victimized by an alleged workplace culture that objectified women. The search engine juggernaut already faces numerous lawsuits alleging discrimination and wrongful termination.
Read [ Google Hit with Another California Wrongful Termination Lawsuit ]

Plaintiff Settles with Bank of America Corp. NA at the Eleventh Hour

Los Angeles, CA: A California labor lawsuit alleging wrongful dismissal and defamation was quietly settled earlier this week at the 11th hour after a jury had awarded damages to the plaintiff, but had yet to settle on punitive damages. While having awarded punitive damages in the case on Tuesday February 13, 2018, the jury recessed for the day with plans to deliberate the amount of punitive damages once reconvened. Late in the night on February 13, the two parties reached a confidential settlement, ending the dispute.
Read [ Plaintiff Settles with Bank of America Corp. NA at the Eleventh Hour ]

Oakland, CA When Eva O’Brien told her boss she was pregnant, he went nuts. He yelled, threw papers, made rude comments about her big belly and breast feeding. Then got in really close to ask if she wanted to quit. She didn’t and things got worse. Lower-paid hourly employees are among the most vulnerable and the least likely to file lawsuits, even in response to outrageous conduct. California wrongful termination law can protect workers like Eva under the “wrongful termination in violation of public policy” provision. But these lawsuits take endurance.
Read [ Pregnant Worker Wins California Wrongful Termination Lawsuit ]

Chicago, IL: A Wisconsin employment lawsuit that may have been lost on a complex legal technicality will live on to see another day, following a ruling by a split panel of the Seventh Circuit in Chicago.
Read [ Wisconsin Plaintiff’s Lawsuit Revived on Appeal ]

Gold River, CA: California employment lawyer Chris Whelan has a rather unassuming demeanor. However, make no mistake, he’s deadly in a defamation deposition when representing fired workers. With more than 30 years’ experience under his belt, he’s won a number of multimillion-dollar lawsuits by arguing that employees were defamed by employers bent on driving them out their job.
Read [ Defamation Argument Serves Fired Workers Best ]

Fired Worker Gets Half a Million

Beverly Hills, CA: Mike Alder’s firm usually handles cases where there are millions of dollars at stake. However, to Alder, this case was just as important. Big or little, they all matter.
Read [ Fired Worker Gets Half a Million ]

Austin, Texas - After three years of litigation, which culminated in a highly contentious two week trial, a Travis County jury awarded a software salesman $11.6 million on May 7 against Microsoft Corporation.
Read [ Microsoft Hit with $11.6M Verdict for Wrongful Termination of Star Salesman ]