The judge who is presiding over a wrongful termination suit against Oral Roberts University (ORU) by two former professors for the university, has ruled that the lawsuit will continue. The professors Tim and Paulita Brooker allege discovering wrongdoing on the part of the university's prior president. They believe they were forced from their positions with the university.

Attorneys representing ORU along with Richard Roberts moved to have the case dismissed. Their claim was that the former professors omitted any relevant support for their allegations in the wrongful termination suit filings. Richard Roberts is the former ORU president. 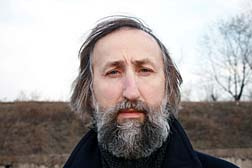 Some of the allegations made by the two professors were thrown out along with the ruling not to dismiss the case. Claims of breach of contract by ORU leaders Dr. Wendy Shirk and Dr. Jeff Ogle coupled with tortuous interference with contract allegations has been dismissed. Claims of libel by the defendants have been dismissed as well. Yet, the judge did decide to allow allegations of defamation and slander to remain as part of the suit. While the case is unfolding the judge has mandated that a protective order be put in place to safeguard medical records and tax returns from public knowledge. Also, documents revealing information from an ORU pilot and a security guard are being kept confidential. The two professors claim that the information in the documents from the pilot and security guard will substantiate their claims.

Richard Roberts resigned his position with Oral Roberts University amid rumors that he had misspent funds on luxurious living. The claim was that this happened during the time the school was under $50 million in accumulated debts. Allegations of misspending surround the purchase of horse stables, several shopping trips, and a vacation for Richard Roberts' daughter to the Bahamas on the school's jet. A third professor John Swails had been a part of the original lawsuit filing. However, he took a settlement from ORU back in January of this year and is no longer involved with the current lawsuit.

More News
This week attorneys for Oral Roberts University have claimed that the professors haven't given evidence of breach of contract, fraud, and negligence. The school's attorneys argued that there needs to be more than the word fraud used. There needs to be evidence to back up the claim. All of the guidelines for filing the suit have been met on the part of the professors.

The original filing date of the lawsuit was October 2, 2007. Filings for the suit originally involved the third professor John Swails. The professors made claims that they were forced from their positions with the university when they unveiled the schools involvement with a local political race. When they gave documentation to the school regarding all of the moral allegations against Roberts and the other leaders they were dismissed from their positions. The Oklahoma Supreme Court also ruled this week that it will not strike down a gag order set in place earlier this year in January. The gag order prohibits everyone involved in the lawsuit from discussing the case to anyone in the public outside of the courtroom.