Although New York is an at-will employment state, there are circumstances in which an employee can file a New York wrongful termination lawsuit. If an employee has been fired for discriminatory reasons, for example, he or she could allege violations of federal and New York employment law. A New York wrongful employment termination lawsuit could result in financial recovery for the plaintiff, as well as reinstatement to the job position. 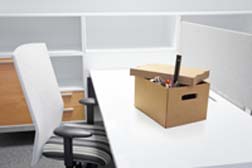 At-will employment generally means that an employee’s job can be terminated at any time for no reason. That said, employers are not allowed to fire someone for their gender, age, religious beliefs, sexual orientation or any other of a number of protected characteristics. Furthermore, a firing cannot violate an employment contract - express or implied - or a company’s firing guidelines as they are defined in any employment policy manuals or handbooks.

The Post-Standard (10/2/13) reports that a lawsuit has been filed against two New York state officials, following the firing of the state fair assistant director. The plaintiff, Karl Gustafson, alleges he was fired for using lewd comments and creating a hostile work environment, but argues that those accusations are false and damaging to his reputation. Gustafson says he was fired after only one month on the job, and although he was not given a reason for the firing, he learned of the reasons through an article in a local paper.

According to the same article, the plaintiff seeks back pay from the time of his firing.

According to an article at Mondaq (9/25/13), in the case of a staffing agency that supplies employees to a third party, both the staffing agency and the company being staffed could be considered employers in a wrongful termination and retaliation complaint. The lawsuit, Hexemer v. General Electric Company, et al (Case No. 1:12-cv-1808), alleged that the employee was fired in retaliation for a comment that sitting at her desk promoted weight gain and for complaining when she was berated by another employee for that comment. Because both GE and the staffing agency that supplied the employee had the ability to fire her and to control her behavior at work, both were considered employers. The court’s ruling does not extend to all situations that involve a staffing agency and a joint employer; the facts of each individual case determine whether they are jointly liable for retaliation.

In addition to not being fired for discriminatory reasons, employees cannot be terminated as retaliation for being whistleblowers or for filing complaints about a company’s illegal practices or working conditions. Employees also cannot be fired for refusal to take part in illegal activities on the company’s part.

If you or a loved one have suffered losses in this case, please click the link below and your complaint will be sent to an employment law lawyer who may evaluate your NY Wrongful Termination claim at no cost or obligation.
Request Legal Help Now

Posted by
Yakima Ellison
on October 12, 2017
I was fired after numerous complaints to hr of non profit about my supervisor deliberately hindering my productivity and harassment. I was denied essential tools to perform my job. My termination lists my productivity as well as causing agency harm by my alleged negligence or omission to act. Additionally in my termination letter was that I refused to secure work tools despite requests to all my superiors and hr for proper tools. I'm accused of not entering data for 75 clients of which I never received and the person that was to deliver this client list to me is the person that had been harassing me for months. I have email evidence of all of my claims.
Posted by
Malcolm pope
on August 10, 2015
On 7/25/31 I was working out of ratio with five kids by myself which the ratio is four to one at a residential and I don't know the ratio during the 8am to 4pm shift and the 4pm to 12am shift when all the residents are up and woke.a resident from the other side in another cottage was punched in the face by a resident from my side I was the supervisor for both sides which another staff was working the other side when made aware of the youth getting hit in his face I the other staff to take the resident to the infirmary for medical attention which the staff did the nurse wasn't on duty and the staff brought the resident back to the cottage were I remained watching eight kids until his return there was no phone nor radio no type of communication to no one this incident happen at around 9:45pm this was Saturday night child care supervisor on duty came through at 11:45pm at which this time I was watching both sides by myself upstairs they were all in bed by me having a long over worked day I fail to say anything to the ccs staff but wrote incident in the long book which was a legal document and I put it in the shift summary for the next shift I was was fired on 7/31/15 and a case was called in on me to the justice system I was fired with no regards of me having a case founded are not its nothing in the rule book stating I should be fired unless my case is founded my name was shamed that I refuse to get a resident medical attention which should have been confidential until the case was over not public information and I was the only staff that was fired in this matter and I wasn't even working in the cottage with the resident that needed medical attention the staff that was working with the resident still has his job and no case if it's anything you can do for me in this case that I feel is a wrongful termination