Plaintiff Settles with Bank of America Corp. NA at the Eleventh Hour

All she was doing was making a transaction authorized by a family member. But plaintiff Salma Aghmane was never given the opportunity to explain her motives. Instead she was investigated for fraud, fired and blacklisted. But she sued, and won.

A California labor lawsuit alleging wrongful dismissal and defamation was quietly settled earlier this week at the 11th hour after a jury had awarded damages to the plaintiff, but had yet to settle on punitive damages. While having awarded punitive damages in the case on Tuesday February 13, 2018, the jury recessed for the day with plans to deliberate the amount of punitive damages once reconvened. Late in the night on February 13, the two parties reached a confidential settlement, ending the dispute. 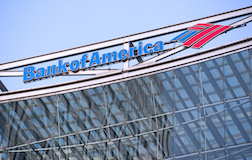 According to Court documents the plaintiff is identified as Salma Aghmane, a former employee of Bank of America Corp. NA, the defendant. Aghmane worked as a client manager for Bank of America until she was terminated from her position in 2013 due to a dispute over a transaction.

Aghmane had testified in her California labor lawsuit that a $12,000 transaction about which Bank of America found fault was due to a family disagreement. To that end, Aghmane testified at trial that her cousin had authorized the withdrawal of funds in order to repay Aghmane for an outstanding personal loan.


The plaintiff was investigated, fired and blacklisted


However, the funds withdrawal raised a red flag with Bank of America, which viewed the transaction as fraudulent in the absence of any attempt on Bank of America's part to verify Aghmane's motives, or so it was alleged. Court also heard that Bank of America reported what it viewed to be a fraudulent transaction to Early Warning Services LLC (EWS), an entity with which the banking industry is conversant and used as a registry of sorts for potential sources of fraud.

Not only did she lose her job over the transaction, but in reporting her to EWS Bank of America effectively blacklisted the plaintiff, or so it is alleged. Aghmane asserted that a job offer from another bank was rescinded after the potential employer received correspondence from EWS with regard to the alleged fraud.

Aghmane launched her California labor lawsuit in 2013 alleging wrongful dismissal and defamation of character that served to decimate what had been a lucrative banking career, or so it was alleged.

She sued, and won her case

More CALIFORNIA LABOR LAW News
Her California trial commenced on February 2nd - Groundhog Day - and concluded with a unanimous jury finding that Bank of America had, indeed wronged their former employee by illegally and improperly blacklisting and defaming her.

The eight-member California federal jury awarded Aghmane $192,600 in damages for future lost earnings and $305,734 for past lost earnings, plus $50,000 in damages for emotional distress and $10,000 for defamation. The jury also determined that the bank was liable for punitive damages, but recessed for the day before deliberating the amount.

The two parties settled overnight Tuesday, February 13 into February 14, before the jury had the chance to debate their punitive damages award.

Terms of the settlement were not disclosed. The wrongful termination, defamation and California labor lawsuit was Aghmane v. Bank of America Corp. NA, Case No. 4:13-cv-03698, in the US District Court for the Northern District of California.