Busto, 22, has alleged that she was deprived of her constitutional rights and was discriminated against due to a disability, experienced assault and battery, underwent false arrest and imprisonment, was the subject of conspiracy, and was the victim of negligent retention and supervision.

An army combat medic and a veteran of Afghanistan, Busto was treated for post traumatic stress disorder (PTSD) upon her return from Afghanistan. However, according to the lawsuit, when Busto was hired by the police department, no arrangements were made to accommodate her PTSD and that "abject disregard" is what led to her alleged October 4, 2006 wrongful termination. She states that she approached Mayor Martin Chavez for assistance, but that he ignored her pleas for help. 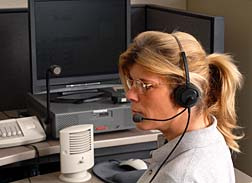 The attorney for the city, Bob White, stated on Wednesday that the city has not yet been served and cannot comment on the case. The defendants in the case are the Albuquerque Police department, Police Chief Ray Schultz, Mayor Chavez, and various city and police department employees who were involved in both the alleged treatment and wrongful termination.

The lawsuit states that the state's labor department made the determination that none of the reasons given to her by the city regarding her firing had any basis whatsoever. The lawsuit further states that less than desirable employment was offered to her with the police department after almost a year of mediation regarding the type of employment she should receive. The lawsuit alleges that doctors recommended that Busto be assigned to swing shifts or day shifts, but the training supervisor had said those shifts were only available to those who had been employed with the department longer. The lawsuit alleges that no accommodations were given to Busto in any form.

On October 2, 2006, Busto's mother called paramedics due to a severe PTSD episode in which she took more than her normal dose of medication. The lawsuit alleges that the paramedics arrived and Busto told the paramedics that she did not need to go to the hospital. However, her request to not go to the hospital allegedly resulted in one of the police officers on the scene throwing her to the ground and handcuffing her while putting his knee into her back while she was on the ground.

More News
The next day, she returned to work and a crisis intervention team was called upon by her supervisor in which they handcuffed her and escorted her to the hospital. The lawsuit alleges that the officers lied to the hospital by saying Busto wanted to commit suicide. When Busto called a supervisor from the hospital, that particular supervisor told her that she was fired.

This is not the first case in which a war veteran with PTSD has been terminated from their job. In a case in Michigan, a former city employee was terminated after taking sick leave due to having a meltdown. In this meltdown, the employee sent a supervisor an insulting letter in response to a letter stating he would receive help in getting the city's Parks Department into better shape.

However in this case, the city's Civil Service Commission ruled that the former city manager was justified in his firing of the employee for a number of reasons. Yet this case does have vast differences compared to the Busto case in which violence was allegedly used against her.

If you believe you have been wrongfully terminated from your job, please contact a lawyer involved in a possible [Wrongful Termination Lawsuit] to review your case at no cost or obligation.
Request Legal Help Now