More WRONGFUL TERMINATION News
A Park County Sheriff's Deputy who successfully filed a wrongful termination lawsuit after being fired for insubordination in 2007 has seen the ruling upheld by the Montana Supreme Court. 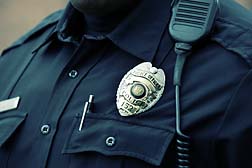 Deputy Blake Butler of Billings was allegedly fired for willfully disobeying orders and demonstrating a gross inefficiency in the performance of his official duties when he refused to file a report detailing a rumor about a relationship between two Park County jail employees.

Butler successfully defended this claim in January, when a District Court awarded him roughly $96,000 in damages and reinstated him at his former job. The Park County Sheriff's Department filed the appeal with the State's Supreme Court.

Lawyers representing the County believed that the previous trial should be thrown out for using evidence deemed inadmissible that made the Sheriff's Department look disingenuous, according to the Associated Press.

Blatter's attorneys insist that the Sheriff's department had other reasons for firing their client, including a 2007 instance involving an incident report that the Deputy had expressed concerns about filing.

Posted by
David L. Wood
on October 20, 2011
Wrongful terminations in law enforcement in my state of Texas are rampant. There are few, if any Sheriffs depts that offer any kind of civil service type protection. It is at will employment, and a Deputy can be terminated for "no cause.' This is an ancient system that desperately needs re-vamping. Good Men and Women are routinely thrown to the wolves because of 'personality conflicts' with supervisors and to ward off adverse political ramifications for The all--mighty Sheriff. It is morally and ethically wrong.

Click to learn more about LawyersandSettlements.com
LawyersandSettlements.com - A trusted, independent legal news provider bringing quality news and information on all legal cases and lawsuits filed in United States of America to its readers since 2002. Over 250,000 legal help requests including Employment Law Cases, and Whistleblower Cases have been forwarded to lawyers all across to the country.