More WRONGFUL TERMINATION News
A Wisconsin Rapids man has filed a wrongful termination lawsuit against a local construction company that he claims dismissed him from work for refusing to falsify information on official company reports. 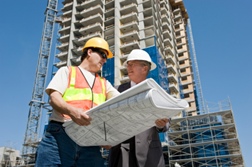 Michael Robertson, a foreman working for the Miron Construction Company, claims a supervisor ordered him to falsify time sheets for employees working on the construction of the Wisconsin Public Service's (WPS) Weston power plant. Robertson was overseeing the de-icing process of a cooling tower and was instructed to bill WPS for 12 hours for 20 ironworkers each. When Robertson refused on the grounds that the job only required four craftsmen working five hours apiece, he was promptly terminated in January 2009.

Steven Miller, the supervisor in question, claimed that the dismissal was rooted in Robertson's misappropriation of company materials. When the former foreman objected, stating that part of his job required him to take the materials home, Miller allegedly changed his story to claim that Robertson was fired for not getting along with workers he supervised.

Robertson filed a grievance with the Ironworkers Local 383 union, though Miron has been slow to respond, prompting the foreman to bring federal charges against the company.