One Strike You’re Out: Wrongful Termination

Juan believes he was wrongfully terminated: he didn’t show up for work one day because he was in jail - a situation obviously out of his control. His employer fired Juan because he was “unreliable” but he had never even been late for work. Is that fair? 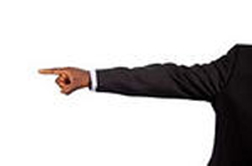 As an “at will” employee in the state of California, fairness would pretty much depend upon the employer. If Juan could prove he was discriminated against, for instance, he would likely have a California wrongful termination claim. In Juan’s case, he may not have been fired for being incarcerated. Rather, his inability to report for work may have constituted misconduct, which is reason for termination.

“I worked at this tool company for five months as a sales representative in charge of 23 Home Depot stores,” says Juan. “I was provided with a company truck and did demo events so that customers would buy the tools; I never had a problem until this one incident.”

Last Labor Day weekend, Juan had a “family problem.” The mother of his children accused him of kidnapping and called the police. Juan was arrested on the Monday and released two days later (the District Attorney dropped the case; Juan says the police arrested him for something he hadn’t done and he has documents proving the accusation false). Juan also says he tried calling his employer from jail on Tuesday - he left a message.

“They claim that I didn’t call,” says Juan. “When I was released on Wednesday night, I called Chris, my supervisor, on his cell and explained what happened. They were already reading the obituaries, wondering what had happened to me. Chris had already filed a report with HR so I asked him how I should proceed. He told me to ‘sit tight’ and he would talk to the district supervisor.”

On Thursday morning, Juan drove to San Diego (a two-hour drive from Rialto) to make sure he was ready for work should they call him. Around mid-day, Juan left a message with the district supervisor, explaining what happened and apologizing for not showing up.

“He returned my call that afternoon,” says Juan. “He said I was terminated because I was unreliable, and due to my personal life, not stable enough. I asked him to reconsider but he said this was the HR decision. I phoned Chris and told him I wanted to report a California wrongful employment termination. ‘Juan, do what you have to do,’ he said.

“Then he said we have to make arrangements to pick up the truck. I handed over my tools, everything they provided me with - I cooperated with their request. And they paid almost $200 for a taxi to drive me home.

“I filed for unemployment; Chris gave me the separation certificate stating that my job was ‘at will,’ meaning I could be terminated at any time. I went online and read the definition of ‘at will’ employment. It seems that employers can fire you without just cause.

“I think I was fired because I was supposed to pick up my district supervisor and his boss at the airport on the day I was incarcerated. I think they got pissed off because they had to do the work by themselves. Even though I was willing to work the weekend to make up for it - I realize I messed up - their minds were made up.

More CALIFORNIA WRONGFUL TERMINATION News
“This situation is going to have serious consequences regarding me finding another job. I don’t know if my detainment will show on my employment record, even though I wasn’t charged. I don’t even know if I will get unemployment. If they deny me, I will have to appeal and that is supposedly a long process.”

Some employee handbooks detail how many absences constitute termination. According to the state of California’s Employment Development Department, rules established by the business (e.g., three days absence resulting in self-termination) can be overruled depending on the situation, including absences due to compelling reasons. Juan might decide not to pursue California wrongful termination damages unless he is denied unemployment benefits. In that case, he will call an attorney. And he learned a lesson: All is not fair in love and war - and work.

If you or a loved one have suffered losses in this case, please click the link below and your complaint will be sent to an employment law lawyer who may evaluate your California Wrongful Termination claim at no cost or obligation.
Request Legal Help Now

Posted by
Barry
on January 3, 2015
Sounds like an illegal-termination. What if the State erred in arresting Juan thereby costing him is job?