Various types of birth control have been linked in studies and lawsuits to serious health complications, including blood clots and pseudotumors. Some class action birth control lawsuits have resulted in settlements with the plaintiffs. Other lawsuits are just getting underway.

Send your Birth Control claim to a lawyer who will review your claim at NO COST or obligation.
GET LEGAL HELP NOW

Birth control (sometimes called contraception) is a means of preventing pregnancy by stopping ovulation from occurring. Some birth control is also prescribed to treat other conditions, such as irregular menstruation, acne, endometriosis and Polycystic Ovary Syndrome. Many medical forms of birth control involve hormonal ingredients, some of which are synthetic and may be linked to an increased risk of blood clots.

Among the types of hormonal birth control are pills, injections, rings implanted in the vagina, and intrauterine devices (IUDs).

In 2012, the US Food and Drug Administration (FDA) issued a warning about drospirenone, noting that birth control pills that contained drospirenone "may be associated with a higher risk for blood clots than other progestin-containing pills." When it made the warning, the FDA noted that the studies it relied on did not account for patient characteristics that could affect the risk of blood clots.

Some studies have linked drospirenone to an increased risk of venous thromboembolism, deep vein thrombosis and gall bladder disease.

Lawsuits have been filed against the makers of newer generation birth control pills, alleging women were not properly warned about the increased risks associated with the contraceptives.

Some birth control, such as Mirena, is an intrauterine device (IUD) that is inserted directly into the uterus where it releases levonorgestrel, a synthetic hormone that prevents pregnancy. Complications associated with Mirena reportedly include uterine perforation, device expulsion or dislocation, vaginal hemorrhage, or pelvic inflammatory disease.

Levonorgestrel, the synthetic hormone in Mirena, has been linked to an increased risk of pseudotumor cerebri (also known as idiopathic intracranial hypertension) a condition involving high blood pressure in the skull. Symptoms of pseudotumor cerebri include moderate to severe headaches, ringing in the ears, nausea, impaired vision, and pain in the neck or shoulder.

NuvaRing is a birth control device that is placed near the cervix and releases the synthetic hormones etongestrel and ethinyl estradiol. It has been linked to an increased risk of blood clot compared to older contraceptives.

Lawsuits have been filed against the makers of various contraceptives, alleging women were not adequately warned about the risks associated with the birth control. Some, such as class action lawsuits filed concerning Yasmin and Yaz, resulted in settlements. Others are working their way through the courts.

Although there are still drospirenone lawsuits pending in court, in 2012, Bayer AG, maker of Yaz/Yasmin, announced settlements in approximately 650 lawsuits, for a total of $142 million. In 2013, Bayer announced it has settled close to 7,000 lawsuits for approximately $1.4 billion.

As of May 15, 2015, approximately 3,000 lawsuits concerning Yaz and Yasmin are still consolidated in MDL 2100. The lawsuits allege women were harmed by the use of Yaz or Yasmin and were not properly warned about the risk.

As of May 15, 2015, approximately 1,200 Mirena lawsuits are consolidated for pretrial proceedings in MDL 2434. Lawsuits filed allege women were not properly warned about the risk of Mirena complications, including migration, perforation and abscesses.

In 2014, Merck announced a $100 million settlement in NuvaRing lawsuits affecting around 3,800 claimants. As of May 15, 2015, approximately 1,700 NuvaRing lawsuits are still consolidated for pretrial proceedings in MDL 1964. The lawsuits allege women were not adequately warned about the potentially life-threatening risks associated with the use of NuvaRing.

If you or a loved one has suffered similar damages or injuries, please click the link below and your complaint will be sent to a lawyer who may evaluate your claim at no cost or obligation.
Please click here for a free evaluation of your Birth Control claim
Last updated on Aug-15-18

Essure’s Shelf Life in the US Soon to Expire 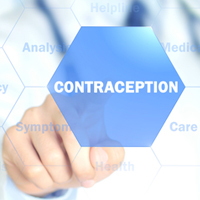 Bayer says it will no longer sell Essure in the U.S. due to decline in sales. Bayer doesn’t say, however, that its decision comes after the FDA threatened the drug giant with civil and criminal penalties if it didn’t warn patients about adverse Essure side effects.READ MORE
"Essure Problems" Women Bring FDA's Data to Meeting that FDA were Unaware Of

York, PA: Last month a group of women, including "Essure Problems" Facebook representatives and Madris Tomes from Device Events, met with FDA chief Scott Gottlieb in an attempt to have the Essure sterilization device withdrawn from the U.S. market. At the meeting, Tomes presented data from the FDA's own MAUDE ((Manufacturer and User Facility Device Experience) database that the FDA and their legal counsel in attendance were seemingly unaware of. One would think the FDA may be embarrassed being caught off-guard like this, to say the least.READ MORE
More Pressure to Withdraw Essure

Washington, DC. Essure critics last week met with FDA chief Scott Gottlieb to discuss problems with the sterilization device, particularly Bayer's failure to warn of Essure's serious complications. But Gottlieb said they need to wait for Bayer to finish its safety study - in 2023! Perhaps those critics should have brought to the meeting lawyers, guns and money.READ MORE

Posted by
Tamera Deboe
on April 7, 2019
Started taking Depo 6 yrs ago for heavy bleeding & Endometriosis. I have experienced severe migraines that hit me within seconds. I get nausea, joint pain, UTI's that require ER visits, more than normal, Kidney Infection, high blood pressure & my eyesight has gotten really bad within the last 3 years.
Posted by
Anderika MCGRUDER
on January 4, 2019
I believe deposit caused me to develope PCOS .when I was on it it stopped my cycle for years and down the line I found out I had PCOS .
Posted by
Monica
on August 20, 2018
Started taking Depo shot at about 18 year's old was on it about 10 year's. I had a bad fall and broke some bones. During my time in the cast it was not healing as it should be. I was in my twenties. My doctor sent me to have a bone density scan. I was told this was why it wasn't healing because I had Osteoporosis. Brittle bones stage 3. Basically I was told I had bones of a 80 year old. I was shocked I was probably 25 years old if that. My hips are out of alignment due to the cast and walking cast being on way longer then a normal person should wear them. My hips are not the same I have severe pain I can't walk up hills, lay certain ways for long. It's so uncomfortable. I am disabled and have been for a while. I am in my thirties. But was has me the most upset is how the osteoporosis is affecting my teeth they have been breaking and chipping so easily. I have lost several teeth. I had one fall out while eating a sandwich. I don't have a bunch left and am scared of losing my front teeth. They are so bad and hurt at times. I can't afford implants but would like to save up, but I am worried I may not qualify for them because of the process and having Osteoporosis. My jaw could not take it. The front ones are not doing that great and any that I let a dentist fill in the past are the first to break and go I am not a fan of the dentist and am scared of not having teeth. I actually have nightmares about my teeth falling out and breaking it's so sad I wake up crying or so distraught. I been told for years to reach out to someone about the Depo shot causing this and I finally am looking into.
Posted by
Melissa Shea
on November 25, 2017
I'm 22 years old, I was taking Drospirenone for approximately 1 year and I developed a blood clot in my left leg (Deep Vein Thrombosis). I am now on blood thinners for at least 3-6 months and now my viable options for birth control are diminished.
Posted by
Ida Carter
on August 4, 2017
Im 35 and have soinal osteoarthritis due to depo
Posted by
Alena Nobilucci
on July 17, 2017
My Granddaughter, 17 years old passed away June 29,2017.
We have not received official cause, however, was told that blood clots were in her lungs. She had a birth control implant in her arm, and recently was prescribed oral birth control as well.
She saw a pediatrician on June 28, 2017, at 4:30 pm. She had been complaining of trouble breathing and had a dry cough. The doctor said it was allergies, even though she didn't have any, prescribed generic Zertec (sp?), and sent her home. 24 hours later she passed away. We are still grieving. We laid her to rest on July 8, 2017.

Posted by
Robine Miller
on November 29, 2016
Been on Depo for 15 years for awful bleeding and not taking it anymore. Going to eye doctor for constant headaches with buzzing in my head and awful pressure too. Yaz I only took two months did terrible things to me when I turned 50. Hopefully not taking Depo anymore my head will stop hurting and buzzing.
Posted by
Jenifer Dunn
on September 30, 2015
Kidney failure due to Yaz resulting in kidney transplant