Send your Beyaz claim to a lawyer who will review your claim at NO COST or obligation.
GET LEGAL HELP NOW 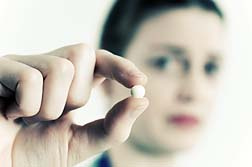 On May 31, 2011, the FDA issued an alert that the agency was assessing information about the risks associated with the use of drospirenone in birth control pills. According to the announcement, drospirenone is a type of female hormone called progestin.

On December 8, 2011, an FDA advisory panel ruled that birth control drugs containing drosperinone should include a warning about the risk of blood clots. The panel voted 21 to 5 that current warnings concerning the risk of blood clots were not strong enough and recommended that the FDA should strengthen those warnings. The panel voted 15 to 11 to keep drospirenone birth control medications on the market.

Blood clots can be serious, especially if they form in a deep vein (a condition called deep vein thrombosis, or DVT). If blood clots break loose from the vein and move to the lung, they can cause a pulmonary embolism, which can be fatal. According to the FDA, two recently published studies found an increased risk for blood clots in women taking drospirenone-containing pills compared with women taking levonorgestrel-containing pills. 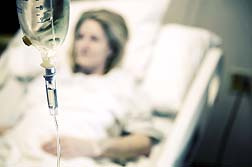 According to the website, Beyaz is a birth control pill that also provides a daily dose of folate, which is a B vitamin. Beyaz is approved to prevent pregnancy, provide daily folate supplementation and treat premenstrual dysphoric disorder. Beyaz is manufactured by Bayer HealthCare Pharmaceuticals.

If you or a loved one has suffered damages in this case, please click the link below and your complaint will be sent to a lawyer who may evaluate your claim at no cost or obligation.
Please click here for a free evaluation of your Beyaz claim
Last updated on Dec-13-11

Joan Cummins knows all about the heartbreak associated with drospirenone. The latter is the new-age synthetic progestin hormone that is found in a handful of birth control pills manufactured by Bayer. Beyaz drospirenone is one of them, along with Yasmin, Yaz and Ocella. These oral contraceptives are designed to provide added benefits that target young women who are seeking help to control facial acne or bloating.READ MORE
Beyaz and Yasmin/Yaz: All in the Family

Various pundits are left to wonder why the plethora of Beyaz side effects have led to little if any legal activity with regard to Beyaz side effects. Is it because Beyaz is so dramatically similar in chemical formulation to Yasmin and Yaz? The aforementioned chemical cousins of Beyaz are manufactured by Bayer HealthCare Pharmaceuticals (Bayer). All three are based on the synthetic hormone drospirenone, as well as estrogen. But there are thousands of lawsuits individually for Yasmin and Yaz, and some drospirenone lawsuits appear to now include Beyaz birth control as an automatic addendum.READ MORE
Lawsuits Overlapping on Beyaz and Other Birth Control

Some medications are so different that despite treating similar conditions they have nothing in common. Other medications are so similar they get lumped into the same lawsuits. Such a situation has occurred with Beyaz side effects and other birth control side effects lawsuits. Beyaz, Yasmin and Yaz are so similar in composition and reported side effects, that some lawsuits combine two or three of them into one claim.READ MORE