Beyaz Side Effects: “It’s Good to Have Choices”

Sometimes it’s interesting to rewind the clock a few years and revisit the past, as a backdrop to the present. Such was the case when screening a Beyaz television ad campaign going back a few years. The commercial, of course, lists all the salient Beyaz side effects amidst smiling young women seemingly oblivious to the risks, as they shop in a hypothetical store for everything from available suitors to their first house. 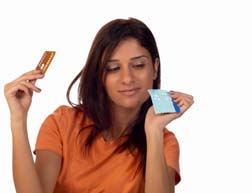 Even a stork is on staff, handing out what is presumed to be bundles of joy to any of the shoppers looking to become a mom today. Of course, the stork proves a hard sell as most are presumably taking Beyaz and shopping for other things, such as a house or a career. The stork may be welcomed eventually, but for now these women are enjoying having choices, thanks to Beyaz birth control.

Having choices is the message here. Just as a consumer has choices in birth control, and thus Beyaz drospirenone is one of many choices a woman could make. But the takeaway here is that women have many choices simply by using Beyaz - which appears to support a strategy by manufacturer Bayer of making available birth control products with additional benefits and features - added value, if you will.

As the young women depicted in the commercial continue their shopping, an equally young narrator lists the various choices inherent with Beyaz birth control: Beyaz could make your periods lighter, it may help to treat moderate acne (that’s a big one), as well as help with Premenstrual Dysphoric Disorder (PMDD, a severe form of PMS affecting 6 to 8 percent of women, according to information from the Mayo Clinic. Beyaz does not treat PMS).

More choices: Beyaz, which is based on a formulation similar to Yaz, features the addition of folate, a B vitamin that is recommended for all women of childbearing age and reduces the risk for rare neural tube defects in children. This advantage of Beyaz is effective during use of Beyaz and shortly after stopping.

Many choices, indeed. But as is the case with any form of pharmaceutical advertising on television, the various side effects of Beyaz - the “fine print,” if you will - is articulated by the narrator while the smiling young women continue their shopping, seemingly oblivious to the message.

It’s good to have choices

“Beyaz is a different type of hormone; that for some may increase potassium too much. So don’t take Beyaz if you have kidney, liver or adrenal disease because this could cause serious heart and health problems. Tell your doctor if you’re on daily long-term treatment for chronic conditions like cardiovascular or inflammatory diseases. Serious risks include blood clot, stroke, and heart attack. Smoking increases these risks, especially if you’re over 35. So don’t smoke on Beyaz. Don’t take the pill if you’ve had any of these conditions, certain cancers, or could be pregnant. The pill does not protect against HIV or STDs. Ask your health care provider about Beyaz.

“Because it’s good to have choices.”

Choices, indeed. It appears you can have your choice of Beyaz benefit, as well as Beyaz bleeding and other adverse reactions associated with Beyaz birth control.

Many a Beyaz lawsuit has been filed by plaintiffs who claim to have been unaware of the risks, or claim that Beyaz drospirenone carries a higher risk for blood clots than older, more traditional forms of birth control. Similar allegations have been made against Yasmin and Yaz, both containing the synthetic hormone drospirenone and both manufactured by Bayer. Bayer, for its part, continues to stand behind its product and claims that its drospirenone-based products carry no higher risk for blood clot than older-generation birth control pills.

It should be noted that Bayer has been systematically settling lawsuits involving Yasmin and Yaz, but so far has been refusing to settle Beyaz lawsuits.

It’s important to have choices, after all…