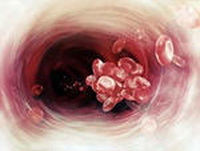 Joan Cummins knows all about the heartbreak associated with drospirenone. The latter is the new-age synthetic progestin hormone that is found in a handful of birth control pills manufactured by Bayer. Beyaz drospirenone is one of them, along with Yasmin, Yaz and Ocella. These oral contraceptives are designed to provide added benefits that target young women who are seeking help to control facial acne or bloating.
Read [ Close Cousin of Beyaz Drospirenone Alleged to Have Contributed to Death of Teen ]

Beyaz and Yasmin/Yaz: All in the Family

Various pundits are left to wonder why the plethora of Beyaz side effects have led to little if any legal activity with regard to Beyaz side effects. Is it because Beyaz is so dramatically similar in chemical formulation to Yasmin and Yaz? The aforementioned chemical cousins of Beyaz are manufactured by Bayer HealthCare Pharmaceuticals (Bayer). All three are based on the synthetic hormone drospirenone, as well as estrogen. But there are thousands of lawsuits individually for Yasmin and Yaz, and some drospirenone lawsuits appear to now include Beyaz birth control as an automatic addendum.
Read [ Beyaz and Yasmin/Yaz: All in the Family ]

Lawsuits Overlapping on Beyaz and Other Birth Control

Some medications are so different that despite treating similar conditions they have nothing in common. Other medications are so similar they get lumped into the same lawsuits. Such a situation has occurred with Beyaz side effects and other birth control side effects lawsuits. Beyaz, Yasmin and Yaz are so similar in composition and reported side effects, that some lawsuits combine two or three of them into one claim.
Read [ Lawsuits Overlapping on Beyaz and Other Birth Control ]

Bayer Still Quiet on Resolving Lawsuits Over Beyaz Side Effects

With all the hype surrounding alleged side effects associated with Yasmin and Yaz, it remains odd that concern for Beyaz side effects on the part of the manufacturer appears to have fallen through the cracks. This is equally curious given the close association of the formulation upon which Beyaz is based, to Yaz.
Read [ Bayer Still Quiet on Resolving Lawsuits Over Beyaz Side Effects ]

Yesterday was “Protest The Pill Day,” the annual day of action under the auspices of “thepillkills.com,” a grassroots organization attempting to educate women of all ages about the various risks associated with chemical-based oral contraceptives (The Pill). While all hormonal contraceptives carry some risk for blood clots (and many other risks, according to thepillkills.org), the newer generation contraceptives are thought to carry higher risks for blood clot and strokes. Contraceptives formulated with drospirenone have been buttonholed as particularly risky. Any talk of drospirenone must include Beyaz birth control, as the Bayer product contains drospirenone and is essentially Yaz dressed up in a different wrapper.
Read [ Group Believes the Pill Kills, Beyaz Birth Control Included ]

Women who claim they have suffered from Beyaz side effects might be watching Yasmin litigation closely, especially after a jury awarded a plaintiff $14 million in her lawsuit concerning Yasmin. Beyaz birth control is similar to Yasmin and carries similar warnings. So far, however, the focus of litigation has been on Yasmin and Yaz.
Read [ Yasmin Lawsuit Nets $14 Million Award; Will It Affect Beyaz Lawsuits? ]

Beyaz Side Effects: “It’s Good to Have Choices” 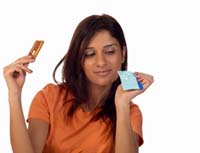 Sometimes it’s interesting to rewind the clock a few years and revisit the past, as a backdrop to the present. Such was the case when screening a Beyaz television ad campaign going back a few years. The commercial, of course, lists all the salient Beyaz side effects amidst smiling young women seemingly oblivious to the risks, as they shop in a hypothetical store for everything from available suitors to their first house.
Read [ Beyaz Side Effects: “It’s Good to Have Choices” ]

Bayer Settles Yasmin and Yaz Lawsuits, No Word on Beyaz

Although Beyaz side effects are similar to those of Yasmin and Yaz, and even though some lawsuits name all three birth control pills, Bayer’s Annual Report 2013 does not mention Beyaz in its Legal Risks Section. The Annual Report discusses other Beyaz lawsuit risks, but not those alleging side effects from Beyaz birth control.
Read [ Bayer Settles Yasmin and Yaz Lawsuits, No Word on Beyaz ]

Concerned About Beyaz Side Effects? You Should Be

It’s amazing the things you find on product labeling and product websites. It’s all there. And anyone who has any query or question over potential Beyaz side effects need only read the information that’s readily available from the manufacturer. In so doing, the manufacturer is telling you that there is the potential risk for serious health consequences, while taking your money and continuing to sell the product.
Read [ Concerned About Beyaz Side Effects? You Should Be ]