For many women, the availability of Beyaz birth control has meant more options in contraception. But for some women, Beyaz side effects have meant their lives have drastically changed, leading critics to ask if more birth control options really are better for women, given that older methods of contraception are just as effective and, as suggested by studies, less likely to have the same risk of side effects of Beyaz and other fourth-generation birth control pills. 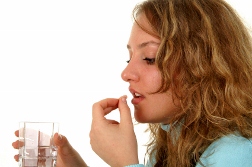 The issue is one of blood clots, which are reportedly more common in birth control that contains drospirenone, a synthetic progestin. The risk is concerning enough that a US Food and Drug Administration (FDA) advisory panel ruled in 2011 that birth control that contains drosperinone must have strengthened warnings about the risk of blood clots. Although some studies have shown up to three times the risk associated with drospirenone birth control, others have shown no increased risk, according to the FDA.

All birth control pills have a risk of blood clots, but the concern is that those that have drospirenone carry an even higher risk - up to 1.5 times the risk - of other hormonal contraceptives. Blood clots can be a serious health risk, especially if they occur as a deep vein thrombosis, where they form in a deep vein. If they break loose and move to the lung, the blood clot can cause a life-threatening pulmonary embolism. Women who survive their blood clot or pulmonary embolism may still suffer permanent injury.

According to Western Front (4/19/13) a 22-year-old Western Washington University student suffered a pulmonary embolism in August 2011. She began taking Yaz (similar to Beyaz and Yasmin birth control) in April 2011. The student said she had no side effects until she felt chest pain in the middle of the night. Although it went away, she later suffered pain in her rib cage and went to the hospital. Doctors diagnosed her with having a blood clot and told her that her previous chest pain had been a heart attack.

The article notes that the patient had no predisposition to blood clots. As a result of her blood clot, she was on blood thinners for six months and is no longer allowed to take any hormone product. She has reportedly filed a lawsuit against Bayer.