Is a Beyaz Lawsuit a Simple Component of Doing Business for Bayer?

While Beyaz manufacturer Bayer A.G. continues to stand behind its drospirenone-based oral contraceptive as safe and effective, Beyaz side effects are nonetheless articulated in both Beyaz advertising and corporate reporting. 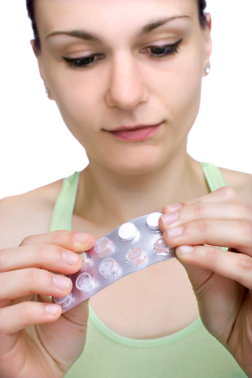 On the corporate side, pharmaceutical blogger Tom Lamb posting to DrugInjuryWatch.com noted while there is a single reference to Beyaz in Bayer’s 2012 Annual Report, close examination of Bayer’s Form 10-K filing with the US Securities & Exchange Commission suggests the pharmaceutical giant is counting Beyaz lawsuits among those lawsuits filed or pending with regard to its line of drospirenone-based oral contraceptives.

Drospirenone is a synthetic hormone that is thought to carry greater benefits to the patient. Along with those benefits, say critics, are increased risks for Beyaz blood clots.

In its Annual Report released February 12, Bayer included pending lawsuits in a section related to product-related litigation - and while specifically referencing Yasmin and Yaz, Beyaz shares its drospirenone heritage with the Yasmin/Yaz combo, and thus it is widely held that risks are similar.

“Claimants allege that they have suffered personal injuries, some of them fatal, from the use of Bayer’s drospirenone-containing oral contraceptive products…” the report suggests. “Claimants seek compensatory and punitive damages, claiming, in particular, that Bayer knew, or should have known, of the alleged risks and should be held liable for having failed to disclose them or adequately warn users.”

In Beyaz advertising, the risks for Beyaz drospirenone are referenced. However, as is the case with the current crop of modern television advertising of pharmaceuticals (which make up a large segment of ads for the network nightly news programs), the risks - while duly noted - are buried in a sea of feel-good images and cheery music that carries forward and extends the emotional warmth rooted in the benefits section of the commercial.

One Beyaz drospirenone television advertisement archived on YouTube features a collection of stylish young women browsing in what appears to be a high-end shop. The music is light and breezy, and the overall look of the ad is bright and effervescent.

Running 1:15 in length, it’s not until the 54-second mark that any mention is made of serious side effects associated with Beyaz for the general population not already suffering from specific health issues.

According to the Bayer Annual Report, about 8,000 claims against the manufacturer with regard to blood clots and other related side effects associated with oral contraceptives containing drospirenone have been acknowledged by the German pharma giant. About 60 percent of the cases have been settled to date.

“As of February 12, 2013, Bayer had reached agreements, without admission of liability, to settle the claims of approximately 4,800 claimants in the US for a total amount of about US$1 billion.”

More BEYAZ News
While Yasmin and Yaz were highlighted in the report, it is reasonable to assume that Beyaz drospirenone is equally at play given its close formulative ties with Yaz and Yasmin. What sets Beyaz apart from the other two is the inclusion of the B vitamin folate. Adding value to oral contraceptives is a growing trend, with the addition of folate viewed as attractive to young women in their childbearing years and folate’s capacity to reduce the risk of rare neural tube birth defects in babies during use, and shortly after stopping.

The suggestion, therefore, is the possibility that stopping Beyaz in an attempt to become pregnant can still benefit an unborn child due to the presence of folate in the mother, derived from use of Beyaz birth control.

But are the benefits of Beyaz worth the risks associated with Beyaz blood clots? Bayer appears to be taking lawsuits in stride, without admitting liability or without plans to take Beyaz drospirenone off the market.