Joan Cummins knows all about the heartbreak associated with drospirenone. The latter is the new-age synthetic progestin hormone that is found in a handful of birth control pills manufactured by Bayer. Beyaz drospirenone is one of them, along with Yasmin, Yaz and Ocella. These oral contraceptives are designed to provide added benefits that target young women who are seeking help to control facial acne or bloating. 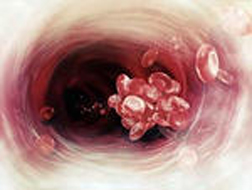 Beyaz includes the benefit of folate, which has been proven to minimize the potential for neural tube birth defects. You take Beyaz to prevent pregnancy; however, if you are amongst those who fall within the one percent failure rate and are surprised by an unplanned pregnancy while on the pill - or go off the pill in an effort to become pregnant - a consistent and ongoing presence of folate in a young woman’s system is not a bad thing.

Beyond folate, Beyaz is essentially Yaz. Both are based on the drospirenone formulation. Beyaz side effects are also similar, if Beyaz doesn’t necessarily have quite the same cache and sales volume as Yaz.

And it was Yaz that Michelle Pfleger was taking when she suddenly went into cardiac arrest and died September 24, 2010 from a massive blood clot that resulted in pulmonary thromboemboli of the lung at the tender age of 18. She was simply walking to class at Elon University in North Carolina when she collapsed.

Her mother, Joan Cummins, sued Bayer, alleging that the drospirenone in Yaz contributed to her death.

“Several studies showed there to be a two to three times increased risk of clotting events amongst women taking these kinds of pills. Now to put that number into context for all women taking all kinds of birth control pills, eight women out of 10,000 will have a clotting event. If this increased risk with DRSP (drospirenone) is two times greater, we’re talking about 16 women out of 10,000. Now I spoke to the vice president and the Medical Director of the Women’s Health Division at Bayer, and he told me that the studies do not show their pills to be more dangerous than other pills. Most experts are saying that an increased risk of a rare event is still a rare event.”

Rare, yes. But that’s cold comfort to Joan Cummins, after a rare event translated into the tragic loss of her daughter. “Instead of her coming home, you know and, you know, being part of life again here again, you know, she came home…and I had to bury her. It’s just…it’s horrible. I don’t ever want to have, you know, anybody I know go through this.”

The side effects of Beyaz, while just as rare as Yaz, are just as real due to the use of Beyaz drospirenone.

“We’re talking about any hormonal formulation that contains a hormone known as DRSP (Beyaz drospirenone), so we’re talking about pills that have the names Yaz, Yasmin, Beyaz, Gianvi or Ocella,” continues Dr. Ashton, in comments made to CBS. “If women are on those pills, they should talk to their doctor. If they’re concerned about options and alternatives, there are other pills on the market that may have lower doses that may have different types of progestin and they can easily be switched to one of those pills.”

In a separate interview with CBS in the fall of 2011, Dr. Holly Phillips, an internist, noted that a large study released by the US Food and Drug Administration (FDA) involving some 800,000 participants over the course of seven years found a 75 percent increased risk of blood clots in pills containing drospirenone, including Beyaz drospirenone, than the older generations of birth control pills.

More BEYAZ News
“We know Yaz, and some of the other newer drugs like Yasmin and Beyaz use a hormone in them called drospirenone that is known to increase potassium levels and may be the cause of these increased risks of blood clots.” Dr. Phillips went on to say that at the time, in late October 2011, the study was certainly not the final word on the subject as the FDA planned, in December of that year, to compare the results of the large study with other studies in an effort to reach a more definitive conclusion.

At the end of the day, however, any victim of Beyaz bleeding that leads to Beyaz blood clots and suffers mightily from it would respectfully disagree with the rarity of it all and file a Beyaz lawsuit anyway…