Bayer Settles Yasmin and Yaz Lawsuits, No Word on Beyaz 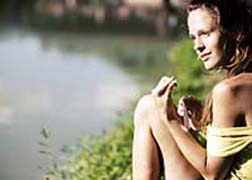 Beyaz, like Yasmin and Yaz, is an oral birth control that contains drospirenone. Drospirenone has been linked to an increased risk of blood clots in women that use the birth control. All three drugs have been named in lawsuits alleging Bayer, maker of Yasmin, Yaz and Beyaz, failed to adequately warn patients and medical professionals about the risk of blood clots linked to the birth control. Beyaz is slightly different from Yasmin and Yaz in that it also contains folate.

Bayer’s Annual Report 2013 (found online at annualreport2013.bayer.com) refers to Yasmin and Yaz litigation in its Legal Risks section. The Annual Report notes that as of February 10, 2014, the number of claimants in pending lawsuits concerning Yasmin and Yaz was around 4,600. The report also mentions Ocella and Gianvi, generic versions of Yasmin and Yaz. Claimants in those lawsuits allege they suffered serious personal injuries from use of the birth control pills.

The Annual Report further notes that as of February 10, 2014, Bayer reached agreements to settle around 8,250 lawsuits, to a total of $1.69 billion. Those agreements covered claims regarding venous clot injuries, including deep vein thrombosis or pulmonary embolism. Another 8,800 claims involving gallbladder injury linked to Yasmin or Yaz had also been settled, for a total of around $24 million.

Beyaz is only mentioned in the Legal Risks section of the report in relation to an application by a competitor for approval to sell generic versions of Beyaz. Bayer responded with a lawsuit against the competitor - Watson Laboratories, Inc. - alleging patent infringement.

More BEYAZ News
Lawsuits involving Yasmin, Yaz and Beyaz may overlap, however, as one lawsuit filed in 2012 shows. That lawsuit, Christie Marshman v. Bayer Pharma AG, makes allegations concerning Yaz/Yasmin/Beyaz, rather than listing one of the three birth control pills.

“Plaintiff, pursuant to a prescription, purchased and ingested Yaz/Yasmin/Beyaz and, as a result of ingesting Yaz/Yasmin/Beyaz suffered from stroke, DVT and related injuries,” the lawsuit alleges. It further claims that from 2004 through part of 2008, the FDA received more than 50 reports of death among women who used Yaz/Yasmin/Beyaz, including death in women as young as 17.

The lawsuit claims the maker of the birth control encouraged women to switch from safer alternatives.