Beyaz a Concern for Some Women

Most young women do not consider deep vein thrombosis or pulmonary embolism on the list of health problems they should worry about, but women who claim they have suffered from Beyaz side effects after using Beyaz birth control may know all too well how serious a blood clot can be. These women allege they suffered blood clots and other serious side effects after being exposed to Beyaz drospirenone. 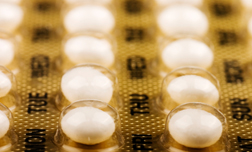 According to a Beyaz Safety Review, the FDA Adverse Event Reporting System (AERS) received 467 adverse event reports for Beyaz, including 19 pediatric reports (defined as reports in patients between the ages of 0 and 17 years). Of the 19 pediatric reports, nine were serious. Overall, of the 467 reports, five patients died. None of the deaths involved patients under the age of 17, although in one death the age was not reported.

Furthermore, the safety report notes, some studies have shown an increased risk of venous thromboembolic events in women exposed to drospirenone-containing contraceptives (there have reportedly been no safety studies on Beyaz specifically, but studies have examined similar contraceptives).

More BEYAZ News
“Two studies have shown that the relative risk of a thromboembolic event associated with drospirenone-containing products was greater for women younger than 30 or 35 years of age than for older women,” the safety report notes. Although many young women use Beyaz and other contraceptives to prevent pregnancy, they also use them for non-contraceptive purposes, such as to treat symptoms of premenstrual dysphoric disorder or to treat moderate acne.

Women determining which contraceptive to use might not be put off by the mention of 467 adverse event reports associated with Beyaz, although that number is likely much lower than the actual number of adverse events experienced, because reporting to AERS is voluntary. But there is enough concern about the risks associated with drospirenone that on April 10, 2012, the FDA required contraceptive makers to include a warning about the risks on the label.