As in a lot of things, the trend in birth control appears to be added value: it’s not enough just to prevent pregnancy, but give me a dose of Vitamin B too, if you please. That’s one of the benefits of Beyaz, the drospirenone-based Bayer contraceptive that hangs in the same class as Yasmin and Yaz. As such, Beyaz remains bedeviled by the same Beyaz side effects that have haunted other drospirenone-based birth control pills. 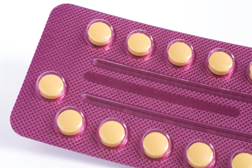 And it isn’t just the US regulator that’s sounding the alarm bells with regard to Beyaz birth control and its kin. France is also against the fourth-generation birth control pills.

According to the Daily Tribune (1/4/13), the National Drugs Safety Agency is concerned with regard to the popularity of the products, which are currently used by about two million French women, or about half of all women who use oral contraceptives.

In a statement, agency Director General Dominique Maraninchi said that he would like to see that number drop. “We are looking for a massive reduction in the consumption of these pills,” he said, in comments published in the Daily Tribune.

Akin to concern over Yasmin and Yaz, Maraninchi is worried about the potential for Beyaz bleeding disorders associated with blood clots and deep vein thrombosis, and is asking doctors in France to prescribe Beyaz and other drospirenone-based oral contraceptives only in specific circumstances, and never as a first option.

If the numbers do not drop in a significant fashion, Maraninchi has hinted he will consider pulling them from pharmacy shelves in France altogether.

In the last two decades, Bayer has brought out so-called third- and fourth-generation contraceptives using synthetic versions of the female hormone progestogen, in an attempt to diminish various side effects and adverse events historically associated with older contraceptives. Bayer has also built in benefits to the newer-generation contraceptives that generally appeal to younger women, such as diminished bloating and water retention, diminished PMS symptoms, reduced facial acne, and now - with Beyaz - the inclusion of folic acid. Ironically, folic acid is important to the development of a fetus and is often prescribed to pregnant women.

Bayer continues to defend its birth control pills, Beyaz drospirenone among them, as being no worse than other oral contraceptives - all of which carry a risk for blood clot to some degree. And researchers concur that in absolute terms, blood clot risk from newer contraceptives remains relatively small.

More BEYAZ News
Nonetheless, the Daily Tribune references a Danish study published in the British Medical Journal in 2011 that identifies the risk for venous thromboembolism associated with newer-generation contraceptives like Beyaz as being twice that of first- and second-generation contraceptives. And compared to non-users of The Pill, the risk of blood clot remains at between three and six times higher.

The furor in France was sparked by a French woman who suffered a stroke after using one of Bayer’s latter-generation contraceptives. Beyaz side effects were not involved in this particular case, although Beyaz remains in the same class of contraceptive as the product used by the stroke victim, who has launched a lawsuit against Bayer. The plaintiff, Marion Larat, who was left with serious physical challenges as the result of the stroke, is only 25.