Were you looking for Drospirenone or Yasmin, Yaz, Ocella, Sayfral and Beyaz lawsuits?

The US Food and Drug Administration (FDA) has issued a warning about Safyral birth control and other contraceptives that contain drospirenone, following concerns about drospirenone side effects. According to a document issued by the FDA, the risk of serious Safyral side effects, including a reported increased risk of blood clots will now result in strengthened warnings on the Safyral label.

Send your Safyral claim to a lawyer who will review your claim at NO COST or obligation.
GET LEGAL HELP NOW 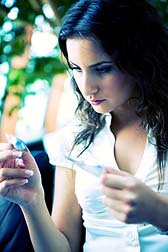 On December 9, 2011, the FDA convened an advisory panel to discuss the potential Safyral side effects and side effects of other birth control that contained drospirenone. The panel voted 15 to 11 to allow such birth control to remain on the market, but voted that the birth control should receive stronger labels regarding the possibility of serious side effects.

Blood clots can cause serious injury, especially if they break loose from the patient's vein and move to the patient's lung, where they can cause a potentially fatal pulmonary embolism. According to the FDA, two recently published studies found an increased risk for blood clots in women taking drospirenone-containing pills compared with women taking levonorgestrel-containing pills.

According to a study published in the British Medical Journal (04/21/11), women who use birth control that contains drospirenone have approximately three times the risk of developing a non-fatal idiopathic venous thromboembolism as women who use contraceptives that contain levonorgestrel. 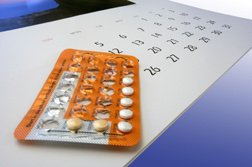 Drospirenone is a type of female hormone called progestin. It has been linked to an increased risk of blood clots in some studies. Safyral was approved by the FDA on December 17, 2010, as an oral contraceptive. The drug includes drospirenone and folate, similar to Beyaz, but in different amounts. Safyral is manufactured by Bayer HealthCare Pharmaceuticals, Inc.

Lawsuits have been filed against drugmakers who manufacture birth control with drospirenone as an active ingredient. Allegations have been raised in some court documents that Bayer did not notify the FDA of all cases of blood clots linked to drospirenone-containing birth control before the drugs were approved for use.

If you or a loved one has suffered damages from Safyral Birth Control, please click the link below and your complaint will be sent to a lawyer who may evaluate your claim at no cost or obligation.
Please click here for a free evaluation of your Safyral claim
Last updated on May-8-15

It’s interesting to note that Bayer’s Third Quarter (Q3) report was released October 31, a date most equate with the observance of Halloween and all things scary. Dressing up is also a hallmark of the Halloween fun, and to that end, there is no shortage of dressing up in any typical corporate report that strives to dispense the required data to shareholders with minimal fuss. Is this why unsavory aspects, including legal implications of drugs such as Safyral, are left to the end?READ MORE
Safyral: Is There a Link between Drospirenone and Strokes?

Strokes in any age group are a cause for concern, but when young women who are relatively healthy suffer a stroke, red flags tend to be raised, particularly when some drugs used primarily by young women have been linked in studies to an increased risk of stroke. This is true of Safyral and other, similar birth control pills. Safyral side effects, according to the US Food and Drug Administration, include an increased risk of blood clots and stroke. Although Safyral is similar to other drugs such as Yasmin and Yaz, it has not received nearly the media attention of those other drugs.READ MORE