The Right To Walk: Why Everyone Should Have Access to Sidewalks and Crosswalks 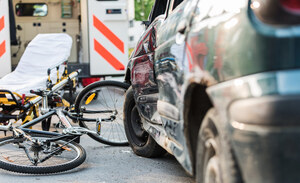 Take a walk with me. I live in Orlando, one of the most walkable cities in the world—and also one of the most dangerous for pedestrians. In 2021, cars hit more than 150 people on a public road in this city. That's nearly one person every week. And those are just the accidents that happen on public roads. Think about sidewalks and pedestrian or bicyclist hit-and-run cases. I can't count how many times I've almost been hit on a sidewalk and had to jump out of the way. How many times have you done that?

Read [ The Right To Walk: Why Everyone Should Have Access to Sidewalks and Crosswalks ]

A recent bicycle accident has killed a 40-year old cyclist identified as Josh Alper of Santa Cruz. Alper was killed by a motorist on Highway 1 west of Santa Cruz. According to news reports, the driver of a Tesla was headed southbound when he crossed the centerline of the freeway into the northbound shoulder, colliding with Alper, at high speed.The head-on collision killed Alper immediately. This is the second cyclist fatality in Santa Cruz County for 2013.
Read [ 40-Year Old Cyclist Killed By Motorist on Cell Phone ]

Shimano Disc Brake Calipers Recalled in US and Canada 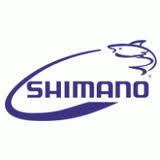 Consumers in the US and Canada are being advised by Shimano, the US Consumer Product Safety Board and Health Canada to immediately stop using bicycles with recalled Shimano brakes. Shimano has recalled the defective calipers due to reports that the disc brakes can fail, posing a collision hazard.
Read [ Shimano Disc Brake Calipers Recalled in US and Canada ]

A 23-year-old man from Trenton, New Jersey, was killed recently in a bike accident when he was hit by a motorist on Route 1, the Times of Trenton reports.
Read [ New Jersey Man Dies in Bike Accident ]

Just about every bicyclist knows that dooring—when a cyclist hits a car door that suddenly swings into his or her path—is one of the most common kinds of bicycle accidents, yet it hasn't been widely recognized as a traffic accident. But the state of Illinois is about to change that and perhaps other states will follow its example.
Read [ Illinois Leader in Preventing Bicycle "Dooring" Accidents ]

A Florida man was recently killed in a bicycle accident when he was struck by a sheriff's deputy vehicle.
Read [ Florida Man Killed In Bicycle Accident ] 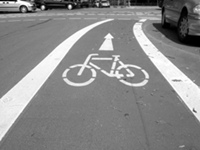 A 50-year-old high school science teacher recently died in a bike accident involving a car driven by a former student of the school where he taught.
Read [ Bike Accident Claims Life of Popular Iowa Teacher ]

It's always a tragedy when bicycle accidents befall children, as Patrick and Kim Pearson of Warrensburg know all too well. Their seven-year-old son, Tucker, was out riding his bicycle on April 28 when he was struck by a 2006 Toyota traveling east along Southeast 180 Road, about two miles east of Missouri Route 13.
Read [ Bike Accidents Spike Higher in Warm Weather, Children at Risk ]

There are various laws that govern the conduct of motor vehicles, together with bicycles on public thoroughfares. While observing these statutes goes a long way in helping to avoid bicycle crash injury, there is always room for improvement—and lawmakers in Kentucky are considering just that, in an effort to prevent the next bicycle accident from happening. Anyone who has ever been involved in one knows that a bike crash is no fun. And it could be fatal.
Read [ State Laws Aimed at Further Protecting Cyclists in Kentucky ]